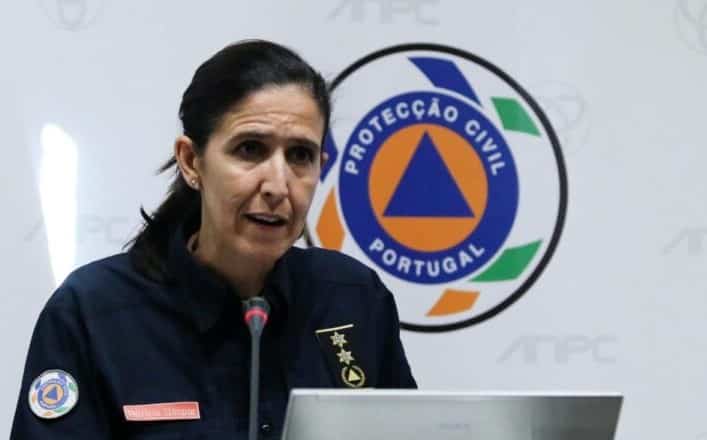 Portugal is prepared to close its frontiers “if absolutely necessary”, former Civil Protection chief Patrícia Gaspar, now secretary of State for Internal Administration has been telling journalists this morning.

Overnight, contingency measures imposed by the government have put two northern municipalities in virtual lockdown (see extra details below) as the number of victims testing positive come, in the main, from the Porto areas.

Two public schools in the Algarve are now closed; the region’s university has put a moratorium on the acceptance of foreign exchange students; libraries, swimming pools, sports pavilions event and exhibition centres have shut till March 20, and the sense of concern in the south has risen exponentially.

Said Ms Gaspar this morning, “right now the closing of frontiers has not been identified as absolutely essential. If it was, it is guaranteed that authorities would evaluate this and it could become one of the options taken”.

She added that the government “has the conditions to impose quarantine on people, if necessary, just as being done in Italy” where police and the military are watching people in isolation to ensure quarantine rules are adhered to.

Vital are all these efforts of containment, stressed Ms Gaspar. If Portuguese authorities can halt a leap in infections, the country will not have to move to the ‘next phase’ of combat, which would see further hospitals brought on board.

President Marcelo Rebelo de Sousa – in voluntary isolation after it was discovered that a child from a school in Felgueiras (one of the northern boroughs most affected by Covid-19) that led a trip to Belém last week has proved ‘positive’ for the virus – is submitting himself for testing this morning.

Says the official site of the presidency “at the moment in which all Portuguese are showing elevated civic maturity in the face of this viral outbreak, the President of the Republic believes he should give a strong example of prevention”.

The 71-year-old will continue to work from his private residence in Cascais – but the country will be seeing a great deal less of him for the next 14 days.

Hours after this development, the general directorate of health (DGS) announced closure of all schools in the Felgueiras and Lousada areas, due to a second child testing positive for Covid-19.

Residents of the two areas have been put in effective lock-down. Gyms, libraries, social clubs, swimming pools, council and notaries offices etc are all suddenly closed.

Meantime, the Algarve has registered its first ‘victims’ to test positive for Covid-19.

They are a teenage girl and her mother.

The 16-year-old girl has been going regularly to school (Escola Secundária Manuel Teixeira Gomes in Portimão), thus this establishment also is to be temporarily closed while it undergoes rigorous cleaning.

Online newspaper Sulinformação reports that the closure of other schools in the borough “is being considered, bearing in mind the mother is a teacher, with two other children who frequent other schools”.

It appears the family recently returned from a trip to Italy (over the Carnival break).

Mayor Isilda Gomes is now discussing with health bosses over what to do next. She told local reporters: “It was expected that sooner or later we would have a case in the Algarve. Now we simply have to take the necessary measures, always in contact with the health authorities”.

It’s understood that all the teachers and pupils who came into contact with the 16-year-old will now have to remain in quarantine, in their homes, for the next 14 days.

Monday saw the Escola Professor José Buel – where the girl’s mother teaches – closed as Portugal is now officially registering 39 people as having contracted this virus.

The University of the Algarve has also brought in special contingency arrangements, put a ban on accepting any foreign students through the Erasmus programme (for the foreseeable future) and cancelled all events that bring together more than 50 people.

With news emanating from the spread of this virus changing by the hour, the Resident is keeping up with a daily ‘situation report’ just for Portugal. See separate online story.