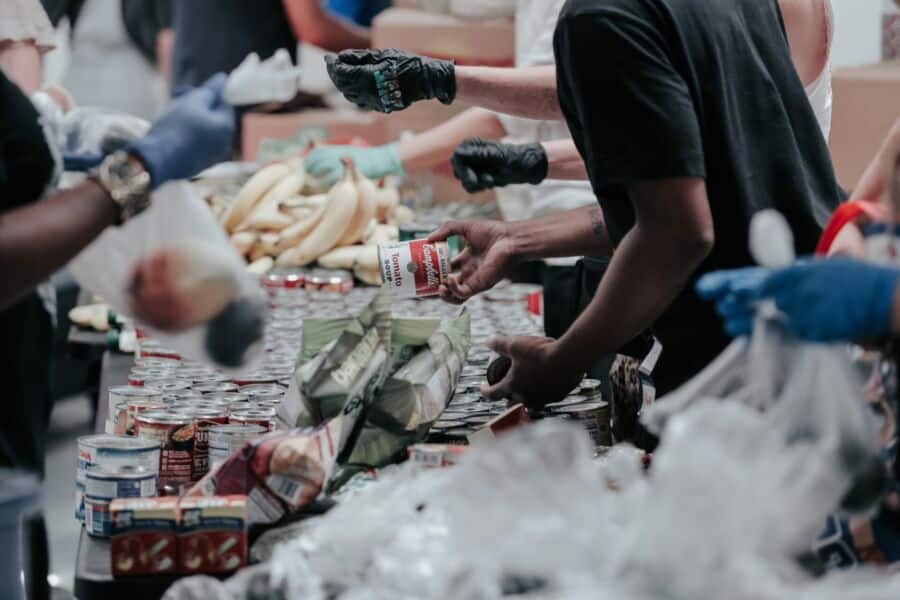 Food banks in the Algarve are still vital for many families a year into the COVID-19 pandemic, Lusa news agency reported on Saturday.

The southern Portuguese region’s economic dependence on the tourism sector and international travel have forced many companies to close their doors and to resort to lay-offs, according to Lusa.

A forty-year-old woman, who asked to remain anonymous, told Lusa she used to work at Faro airport but was laid off in August and stopped earning the “little more than a thousand euros” she used to get monthly. With two children and bills to pay, she was forced to move in with family members and ask for help for food.

“It was complicated,” she told Lusa at the queue of a Refood food bank in Faro, where she comes twice a week. “We had meals with sausages with eggs, more basic things, because the money doesn’t stretch.”

To save money, she was also forced to take her daughter out of kindergarten. But she was shocked to receive a letter by a Social Security letter in December noting a reduction in her family allowance and the school support she received.

Every day since the start of the pandemic there are queues outside Refood, in Faro, with the food bank having relied on the help of the local community, Lusa reported.

“A year later, we are worse off than before. We support 373 people and requests for help keep coming, but we have managed to respond with the help of the community,” Refood coordinator in Faro, Paula Matias, told Lusa.

Refood has received help through direct donations, the volunteers who “cook at home to donate”, the restaurants that “open their doors to cook once a week” and through surplus food by supermarkets.

Refood opened another 120 vacancies in January, to respond to the increase in orders, but “more than half have already been filled”, Matias said. And the future looks bleak.

“We already have alternative plans. We are preparing for the worst, because it seems to us that, unfortunately, this is the beginning of what is coming. We are not yet facing that economic crisis that we heard about, but we are entering it,” Matias warned.

Another woman, who also asked to remain anonymous and recently took up one of the new vacancies at Refood, said she had to give up doing overtime work that complemented her income, due to a health problem.

“I continue to work, but it is not enough for expenses. From here I take food twice a week. I give thanks to God for them (Refood) having appeared in my life,” she said.