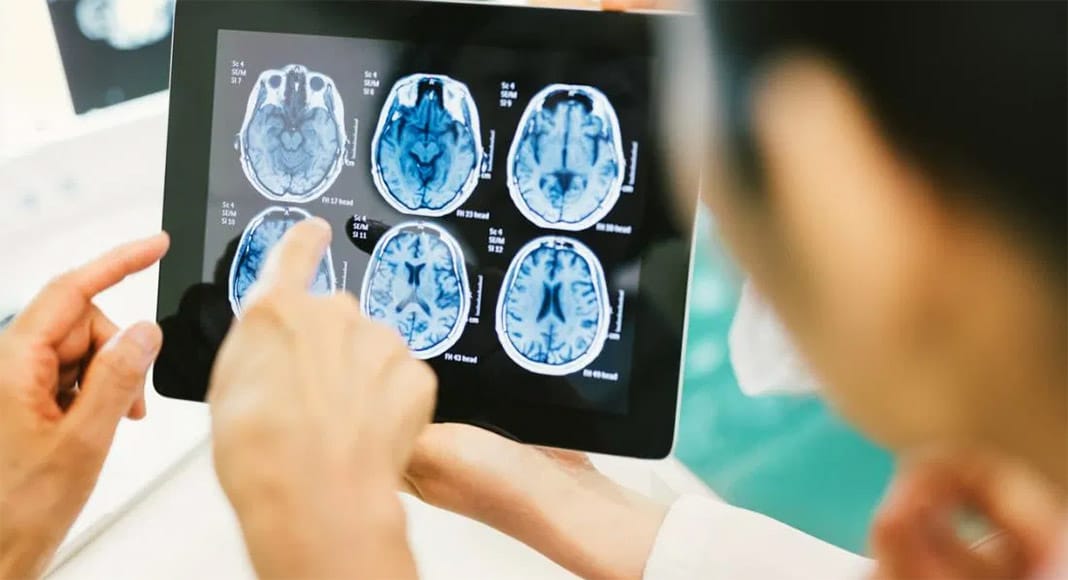 Covid-19 has been seen to ‘reach the brain’ – thus scientists in Porto want to discover if this will cause damage further down the line.

“We know the virus can penetrate the central nervous system and manifest itself at a more critical phase, or later, through neurological complications”, lead investigator Vítor Tedim Cruz told Jornal de Notícias.

“What we want to understand is if the risk of developing dementia, Parkinson’s, Alzheimer’s or having a stroke (cerebrovascular accident) is increased as a result of having suffered infection by the virus”.

Using a ‘digital tool’ developed by Gulbenkian Soluções Digitais (Gulbenkian Digital Solutions), research is being undertaken by specialists at ISPUP (the Institute of Public Health at Porto University). They will be ‘evaluating the cognitive performance’ of Covid patients from two northern hospitals

It’s a project that starts with a questionnaire ‘to establish levels of infection’ and then goes on to computer tests that will evaluate “more important cognitive functions like memory, attention, language, reasoning and calculation”.

Investigators mean to track their ‘guinea pigs’ every three months, to “identify the evolution of cognitive trajectories”.

Explains Tedim Cruz – director of neurology at the Hospital Pedro Hispano in Matosinhos – the test will only be relevant if patients who suffered Covid and survived are compared with patients who haven’t had any contact with the virus.

If researchers ‘identify trajectories’ that show a loss in capacity of brain function “we will call these people in for a more complete neurological evaluation, initially through teleconsultations and later in person, to undergo diagnostic exams”, said the doctor.

Stresses Lusa, the project is due to end in September, though all involved hope to “accompany their test patients long-term”.

Tedim Cruz said they have been chosen from his own hospital and Santa Maria da Feira’s Centro Hospitalar Entre Douro e Vouga- “but if there are people in the community who would also like to be monitored, they just have to get in touch with the ISPUP”.

The idea behind the project is that it could be used in other areas of the country, he added.

“The objective is to make the digital tool (known as Brain Track) available to any and all centres” said the specialist.”At the end of the project, if there is a centre in Lisbon or one in the Algarve that wants to follow the same methodology, they can use the tool for this purpose”, he concluded.

Gulbenkian Digital Solutions was launched in the context of the Covid-19 pandemic, writes Lusa, and intends to finance 19 projects aimed at promoting public health “with a total of 200 thousand euros”.