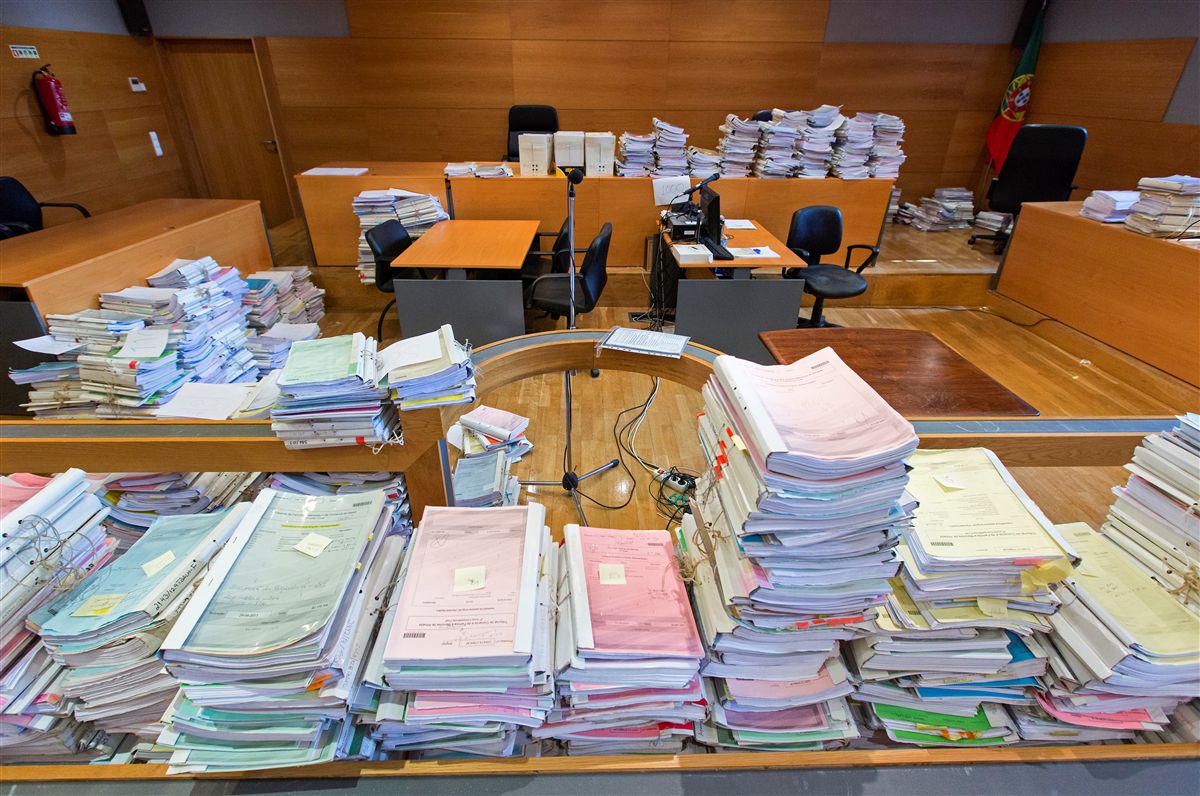 Staff complain they would earn more as supermarket cashiers

“Various Portuguese courts are in danger of collapse due to a growing lack of employees. This could lead to an even greater delay in services and more ‘lapsing’ of judicial time-limits”.

This is the gist of a story online today, citing various news sources and ‘officials of justice’.

Explains reporter Daniel Costa, the situation is partly caused by low salaries (attracting fewer and fewer entries). Another reason is the dearth of promotional opportunities.

One county court judge added that the current average age of officials working in his court was 55.

“A wave of retirements” now is “generating serious delays in services” – and it is not as if the Portuguese Justice system has ever been known for alacrity: it is actually infamous for quite the opposite.

Other issues, like the increase in household rents, are adding to problems.

Thus the Syndicate of Judicial Employees is proposing a widening of the ‘residency subsidy’ (currently only offered to people placed in the Algarve or regional archipelgos) to include Lisbon and Porto.

County Court official Anabela Rocha (Lisbon north) explains that morale among staff is at rock bottom. “Just one person being off sick is almost a drama. It makes things very difficult to handle. Bit by bit, members of staff are showing increased tiredness, saturation and unhappiness. Absences due to illness are increasing too, as the average age increases,” she adds.

In Viana do Castelo, the judge responsible for the County Court wrote that if legal teams are not urgently brought up to quota there would be “insurmountable entropies in the functioning of services”. A similar message comes from Viseu.

And into the mix comes a new law, decreeing that from today any judge who, at the initial stage of an investigation, becomes ‘assistant in the case’, examines a witness pre-trial or authorises a search or telephone surveillance, cannot intervene at the judgement phase.

According to Correio da Manhã, this new ruling, “threatens to create even more chaos in the courts”.