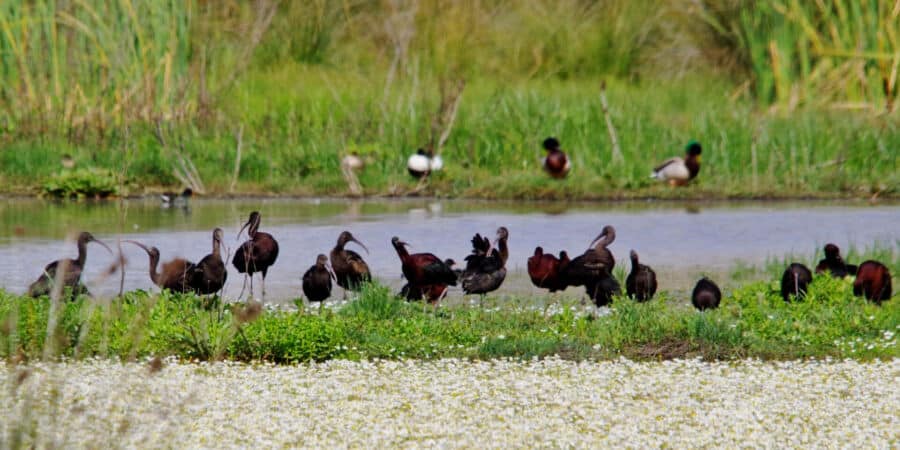 A court ruling has led to the suspension of all planned works at the Alagoas Brancas wetland in Lagoa, which environmentalists and local citizens have been trying to protect from development for over four years. Lagoa Mayor Luís Encarnação has told the Resident he is “relieved” that the responsibility is now in the hands of an entity with more authority than the local council.

The decision follows an injunction filed last month by environmental association Almargem and local association Cidade da Participação which has been upheld by Loulé’s Administrative and Tax Court.

The goal was to halt a plan that nature lovers believe would be a “death sentence” for the treasured wetland.

“Most of all, it is a first step to understand that people are more motivated and active today to defend what is theirs, because this initiative was launched by a civic moment that does not want a supermarket to destroy that wetland area,” Anabela Santos, vice-president of Almargem, told Lusa news agency.

Santos lamented that the entities “that should fight for environmental conservation have not taken the appropriate measures” and said that resorting to legal action was a “necessary” move.

The vice-president of Almargem also praised the court for “doing the work that the competent authorities should do.”

Santos added that environmentalists are now hoping that the regional development commission (CCDR Algarve) will “do what it already should have done” and suspend the construction licensing for the area and demand that an environmental impact study be carried out.

CCDR Algarve will have “20 working days” to evaluate the situation, the environmentalists said.

Meanwhile, Lagoa Mayor Luís Encarnação told the Resident that the local council is following the case with “total tranquillity”.

“To be honest, I’m actually relieved that an entity with more power than the local council is getting involved,” he told us.

The local council has always been adamant that its ‘hands are tied’, stressing that the urbanisation plan allowing the developers to build in the area was approved in 2009. If the council were to go against this, it could have to pay the developers “millions of euros” in compensation, said the mayor.

“This is obviously not a comfortable situation. We care about the environment, about its preservation,” the mayor told us, adding that he would be more than happy if CCDR Algarve decided that an environmental impact study is necessary.

“But we cannot just unilaterally decide to go against the urbanisation plan. This could even lead me and everyone else with positions at the local council to lose our positions,” Encarnação added.