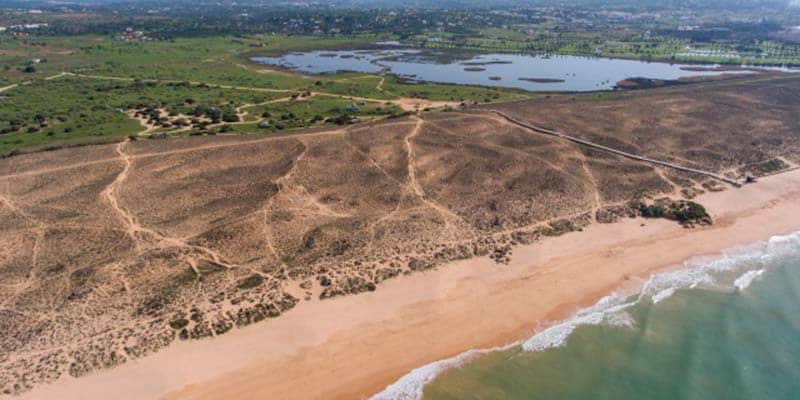 Environmental NGOs are described as expecting an answer “at any moment” from Loulé’s fiscal and administrative court over the fate of the so-called Praia Grande Eco-Resort – a plan slated for being ‘oversized, illegal and destructive of public heritage’.

Best known in the Algarve as the campaign to save birding wetland Lagoa dos Salgados, this resort has been bounced from pillar to post by ‘owners’ and real estate agencies over the years in a bid to offload it to the highest bidder (or indeed any bidder).

But public opposition saw Portugal’s most successful environmental campaign raise well over 35,000 signatures from around the world, essentially saying ‘Enough! No-one wants this’.

Since then, the project’s survival has been hanging in the balance with a legal challenge over protected flora on the site, submitted over two years ago, still under consideration by judges in Loulé.

If an answer is indeed on the cards, hopes are that it will be a negative – at which point, says Expatia, Silves Municipal Council is expected to step in, outlining an alternative “that will not destroy the natural heritage and ecosystem” which would otherwise “leave Silves and the Algarve irreversibly damaged”.

This is a fight championed by Bloco de Esquerda MP for the Algarve João Vasconcelos whose party was described as “horrified” by the sales pitch of the latest agency touting the project which claimed the resort was “ready to move forward” – which of course it cannot be without a decision from Loulé court.