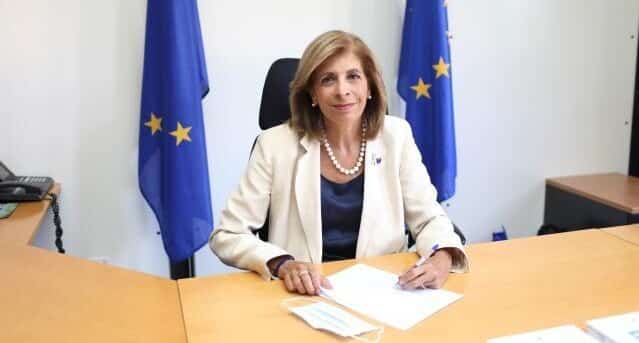 The pandemic isn’t over. Now is the moment to prepare for increased vigilance.

This was the message coming out of Brussels today, coincidentally at a time when various quarters are warning of a drop in vaccine effectiveness.

Experts in Portugal have also been ‘back in the news’ sounding alarm bells.

European health commissioner Stella Kyriakides has now added to them, saying: “It is not the time to relax”.

According to reports, Member States have to be prepared to “rapidly introduce restrictions if necessary”.

This seems to be an effort to reinforce the need to people to get vaccinated (even though in Portugal’s case, vaccination levels could hardly be higher).

Ms Kyriakides has asked Member States to consider “a series of actions for the coming months, designed to develop European preparation and coordination”.

Her concerns are that a new variant could appear (at any moment) prompting “a sudden increase in cases”.

“If we close all vaccination centres; if everything that was created is suddenly suspended and we have a situation in which we have to react, it will be more difficult to get everything functioning immediately”, she told MPs.

Ms Kyriakides’ focus seems to be directed at the 100 million European citizens who have either not come forwards yet for vaccinations, or who are only partially-vaccinated.

“We have to continue to communicate to them with our vaccination campaigns, and continue to face the reasons for vaccine hesitancy with personalised outreach at community level”, she said.

Yes, the situation at the moment “is controllable”, she admits. But the virus “is still among us, it is circulating and infecting and suffering constant mutations”.

With an eye to the autumn, Ms Kyriakides said it is important to maintain our most vulnerable populations protected.

“We are living in the era of pandemics. We do not know when the next crisis will come, but we have to be prepared to face it” she concluded.

For now, the ‘series of actions of the coming months‘ have not been explained. But the timing coincides with moves by the government yesterday to begin the approval process for a new law ‘for protection in public health emergencies’ Again, for the time being, few details of this law have been explained, but, according to press reports, it is understood to give parliament a more active role than it has right now ‘during the period in which the adoption of measures restricting the rights and liberties of people are strictly necessary’.