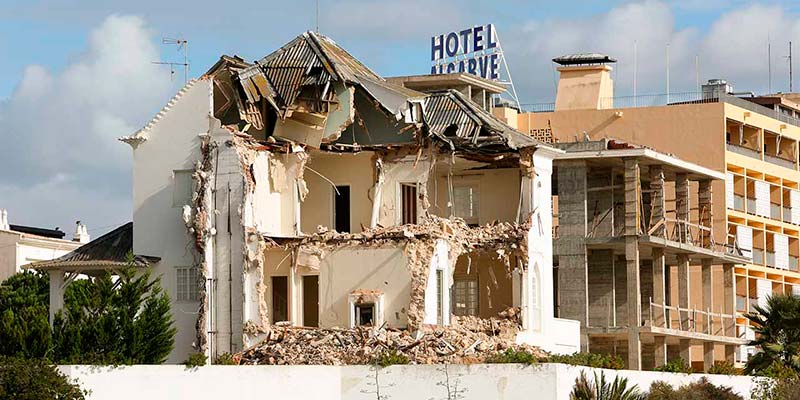 Portimão council has placed an embargo on the demolition works that were being carried out at the Vivenda Compostela property in Praia da Rocha.

In a statement to the press, the council says the goal is to “investigate alleged non-compliance” in the way the project is being executed.

The decision was made after a routine council inspection on Tuesday (November 5).

Controversy erupted in Portimão earlier this week when locals were horrified to see Vivenda Compostela – one of the oldest houses in the coastal hotspot of Praia da Rocha in Portimão, thought to have been built in the early 1900s – being demolished to make way for a new property.

The house, located just a stone’s throw away from the Hotel Algarve, is one of the last few remnants of a not-so-distant past when Praia da Rocha was better known for beautiful coastal houses than the towering buildings that make up most of its landscape today.

The council had already said this week that the demolitions had been put on hold when it contacted the owner in an attempt to “find a solution that did not involve the house’s demolition”.

However, it explained that “the negotiations were not successful due to the owner’s rights and the large financial compensations that the owner would be entitled to”.

The current administration has refused any blame, saying that the project had already been approved in 2013 before it took power.

In an effort to calm the huge wave of protests, the council said it would propose the “suspension of Portimão’s municipal plan (PDM) for the Praia da Rocha area” and set new measures at the next council meeting in a bid to prevent similar situations from happening in the future.

Portuguese “more worried about economy than they are about virus”