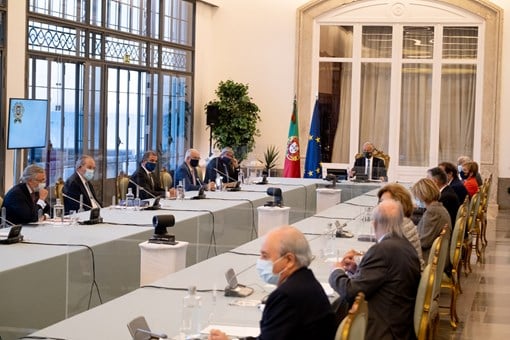 Yesterday’s Council of State concluded that the option of early elections in January is the ‘best’ (or least bad) to try and resolve Portugal’s political crisis.

It was not a unanimous decision, according to a note published by president Marcelo afterwards.

The next step will be to determine timing.

January 16 is the date favoured by the majority of parties (click here), but the president will have to weigh this against their reasoning, which appears to be more in their own interests than in those of ‘democracy’.

The centre-right parties of PSD and CDS-PP are locked in bitter leadership struggles, with both current leaders wanting to speed up the electoral process so that there is no chance of them being ‘deposed’ before the country goes to the polls.

The more likely dates believed to be being considered today are January 30 or February 6.

Says Correio da Manhã, these would be seen “not to favour” any particular faction.

As the meeting was in progress, a letter signed by various ‘personalities linked to the right’ was made public, calling on the president to give “time to democracy and the electoral process” so that there was no “unjust advantage” obliging “some parties to go to the polls with leaders and programmes that have legitimately lapsed”.

The missive was aimed at helping the ‘Paulo Rangel camp’: the people supporting a change of leadership within the PSD, to dispense with Rui Rio after three years in what is generally seen as a lukewarm opposition.

The Paulo Rangel camp is understood to favour elections even later in February.

For now, everything is being ‘pondered’ by the president ahead of tonight’s announcement.

It is a low moment in the nation’s political landscape, somehow captured by two faintly dismal signs at the end of yesterday’s meeting: president Marcelo reversed his car into a bollard on leaving the Palácio da Cidadela (where the Council of State took place), and counsellor Leonor Beleza lost the sole of one of her shoes.