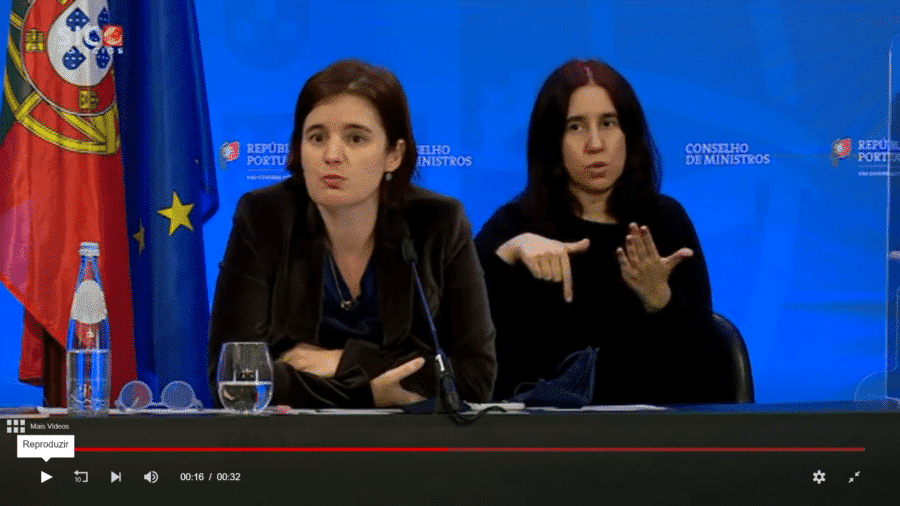 Today’s Council of Ministers has extended Portugal’s State of Calamity to May 30, ringing a number of key changes when it comes to municipalities but, in general, reporting that the epidemiological situation remains stable.

“The Rt (transmission) is at 0.92. The country has developed in a very positive way, with levels of incidence below 50 cases per 100,000 inhabitants”, said minister for the presidency Mariana Vieira da Silva this afternoon.

Taking over the task of communicating changes from prime minister António Costa, Ms Vieira da Silva began by announcing the deconfinement of three municipalities which have managed to bring down their numbers of infections: Carrgal do Sal, Cabeceiras de Basto and Paredes all move forwards now with the rest of the country.

As we reported on Tuesday, Odemira’s two parishes of Longueira/Almograve and São Teotónio are now also released from their sanitary cordons. The latter however is still not at the same level as the rest of the country.

The ‘major development’ is that from now on children’s playgrounds, aquatic theme parks and funfairs will be allowed to reopen.

Twelve municipalities however have been put on alert (meaning, unless their numbers reduce, they could be forced to take a step back in the deconfinement process). They are: Albufeira in the Algarve, Alvaiázere. Castelo de Paiva, Fafe, Golegã, Melgaço, Montalegre, Oliveira do Hospital, Torres Vedras, Vale de Cambra, Vila Nova de Poiares and Odemira.

Two municipalities (Arganil and Lamego) have been pushed back to rules of deconfinement as of April 19, while Resende has been sent back all the way to rules of April 5 (meaning cafés, restaurants and commerce are being forced to shut).

Teletrabalho (remote working from home) is to stay in force until the end of May – while health authorities have devised rules so that the Champions League final in Porto can go ahead with 12,000 fans from UK who will be expected to arrive for the game on the day in possession of their negative Covid tests and return to their airport for their homeward flights directly from the stadium.

Ms Veira da Silva was a little vague over the likelihood of festivals in Portugal this year. Her words: “Pilot tests have taken place and there is no discriminatioin. We all hope for a next year, from September, with rules that are more free”. In the meantime, test events will continue “as much in the culture sector as in sport”.

The press conference was open to questions, and these the minister fielded stressing it is too soon yet to talk about a return of the public to football stadiums everywhere. The few games in which spectators are or have been allowed to stand as ‘test events’.

On that basis, what happened on Tuesday in Lisbon (click here) was clearly far from ideal. Ms Vieira da Silva said the ministry of internal administration has solicited an inquiry which “shows the government considers something did not go well. There are rules in place right now, like the prohibition of mass gatherings and consumption of alcohol in the street, which were not complied with”, she said.

Journalists did raise the question of when an official announcement would be made regarding Portugal opening up to holidaymakers, but all Ms Vieira da Silva would say is that “there is no information to give. There is work going ahead but no decision was made at this Council of Ministers”.

The Resident has been assured however that a decision will be announced very shortly (click here).