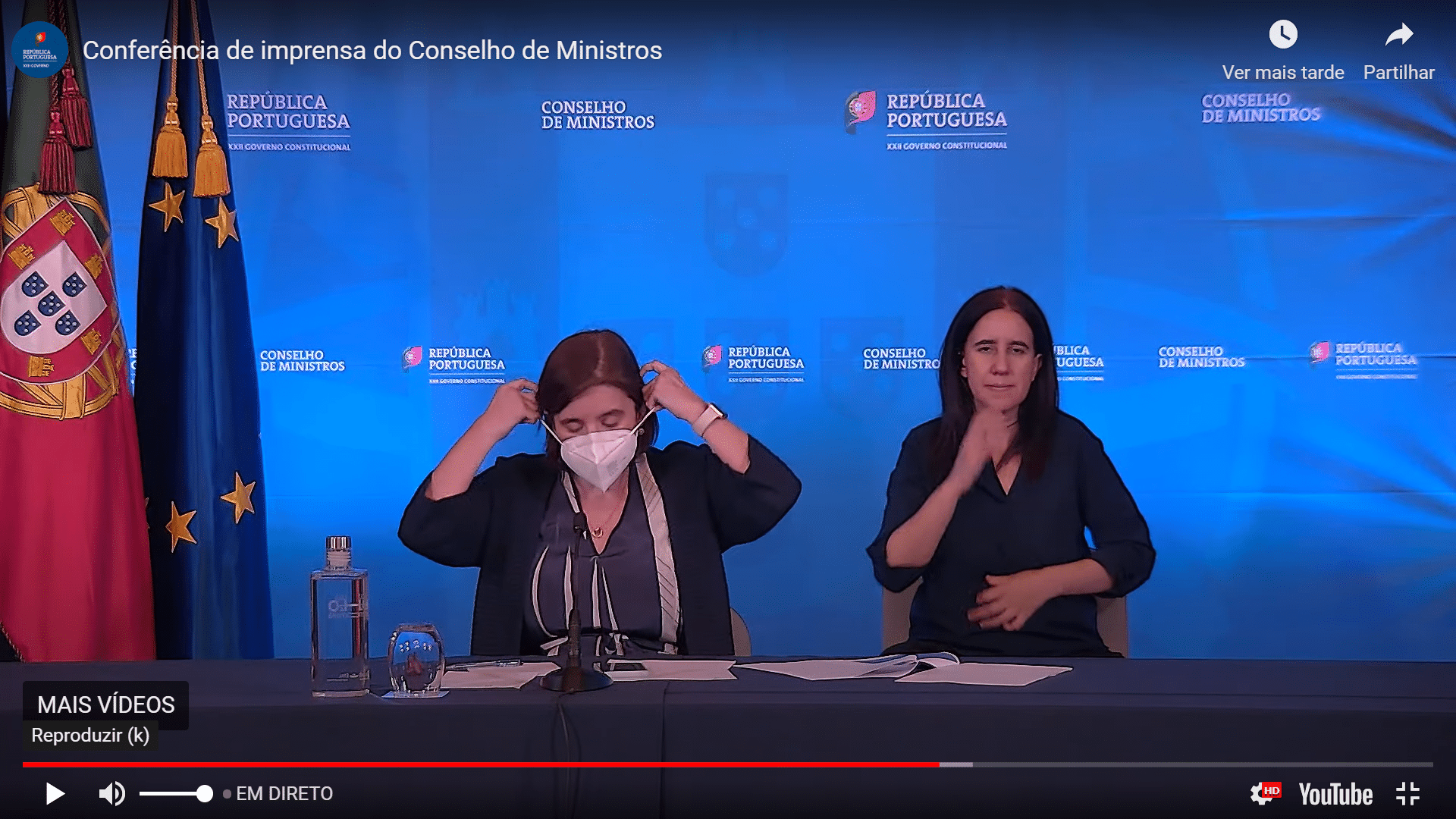 Just as predicted, today’s Council of Ministers far from reining in on unpopular measures introduced last week has extended them. There are now 90 municipalities in which restaurant interiors will be off-limits to people without a Covid Digital Certificate or proof of negative test for Covid-19 – 14 of them are in the Algarve.

In other words, the country’s principal holiday region is even more hampered by restrictions.

In the government’s mindset, these are necessary because the “situation continues to deteriorate”.

Never mind the minute explanations of television commentators who show how much better the situation nationally is than it was during the winter, the government is looking at it solely on the basis of the number of new cases of the virus – irrespective of the fact that the vast majority of these leave their victims unaffected.

As Minister for the Presidency Mariana Vieira da Silva confirmed “pressure on the SNS (national health service) is below the red lines set by the government”.

The council’s decision will remain in place until July 27, she said – the moment ministers are scheduled to meet with specialists at Infarmed to hear their opinions.

There is little expectation that this meeting will bring any respite in the current measures. Ms Vieira da Silva actually referred to “more profound measures” being likely to be enforced.

For the ‘good news’, Ms Vieira da Silva stressed that well over three million Portuguese are now fully vaccinated, and have been for more than two weeks.

The rest is essentially the opposite of good news. Despite suggestions from experts on how to update the ‘obsolete, completely useless’ risk matrix that the government is using to define its measures (click here), this will be left unimplemented for the time being – as will the idea to reopen bars and discotheques as a way of ‘stimulating’ young people to take up Covid vaccines.

Thus, for the moment restaurants in areas of “elevated” and “very elevated” risk remain under heavy restrictions, as the areas themselves are also saddled with different measures.

This is the list of municipalities in areas of very high risk:

This is the list of municipalities considered ‘high risk’:

The rules in these areas differ slightly.

Municipalities of very high risk are:

Municipalities of high risk the rules are almost the same, with the exception that restaurants can have a maximum of six people per table inside, 10 outside, and shops and businesses can run until 9pm every day of the week.

The much-discussed ‘autotests’ (acceptable for diners as long as they are taken in the presence of a restaurant employee) will start being on sale in supermarkets, but Ms Vieira da Silva does still not know when…