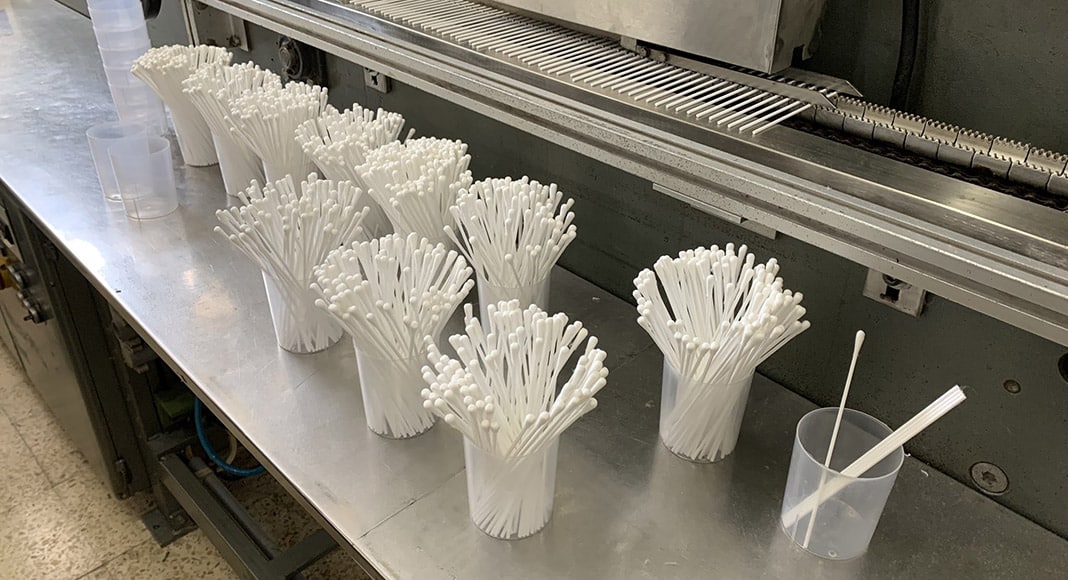 A factory producing cotton buds in Famalicão has managed to solve one of Portugal’s frustrating pandemic headaches: the chronic lack of swabs to ensure authorities can keep up with the demand for testing.

Using a model conceived by the ABC clinic working out of University of the Algarve, Hidrofer has ‘adapted production’ at its plant to produce a minimum of 12,000 swabs an hour.

Said owner Carlos Alberto Silva: “Right now we are producing between 200 – 300 a minute.”

The plan is to churn out around 50,000 a day which will all go directly to the ‘front line’: testing centres up and down the country, hospitals and healthcare units.

Export is even a possibility, though Hidrofer’s boss told journalists that what’s important right now is “resolving the country’s problem”.

This turn-around in factory output is very much in line with what prime minister António Costa told Antena 1 last week is needed. The crisis has exposed glaring ‘supply failures’ and the best thing producers can do is step up to the challenge (click here).

For now, Hidrofer is not sure whether it will stick with its new line in swabs, particularly as the plant has had to ‘sacrifice’ other products to make way for the new activity. It all depends on the evolution of the virus, said Mr Silva.

Hidrofer’s swabs still have to be ‘certified’ by the institute of molecular medicine João Lobo Antunes in Lisbon, he added, but if they are deemed suitable, ‘it means the supply problem in Portugal is sorted’.