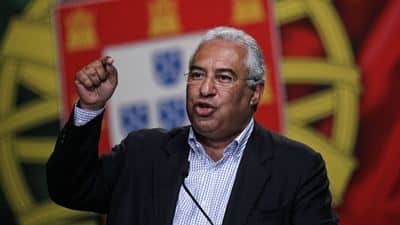 “Nothing worries the EU establishment more than the idea of the Brexit”, director of Eurointelligence Wolfgang Munchau has told journalists – stressing he doubts Costa actually meant his threat at all.

But the fact that he made it, and it worked, may now “inspire Italian prime minister Matteo Renzi” to do the same (Renzi has been locked in battles with Brussels on various fronts – all of them involving large quantities of money).

Costa’s stand too was influenced by money – with Portugal wanting to spend it against EU recommendations. Thus the threat that unless Brussels sanctioned Portugal’s budget plan, the government would vote against any EU deal with British PM David Cameron over the looming ‘in-out referendum’.

Outlining the plan in his latest newsletter, Munchau said Costa’s threat was “frightening from the British pro-EU point of view but very refreshing from the perspective of those who, like us, had asked themselves why southern European countries have been so inefficient in the defence of their own interests”.

But – showing perhaps that it is just as comfortable using tact as it is in using tactics – the government has refuted the story.

Contacted by DN, Pedro Nuno – the secretary of state for the presidency of the council of ministers – suggested the sources were all making it up, but he kept his words to a minimum. In fact, he simply said “No” to DN’s questions as to whether the threat had ever been made.