Portugal Resident
Home Portugal News Costa: “It is clear this war is being lost by Russia” 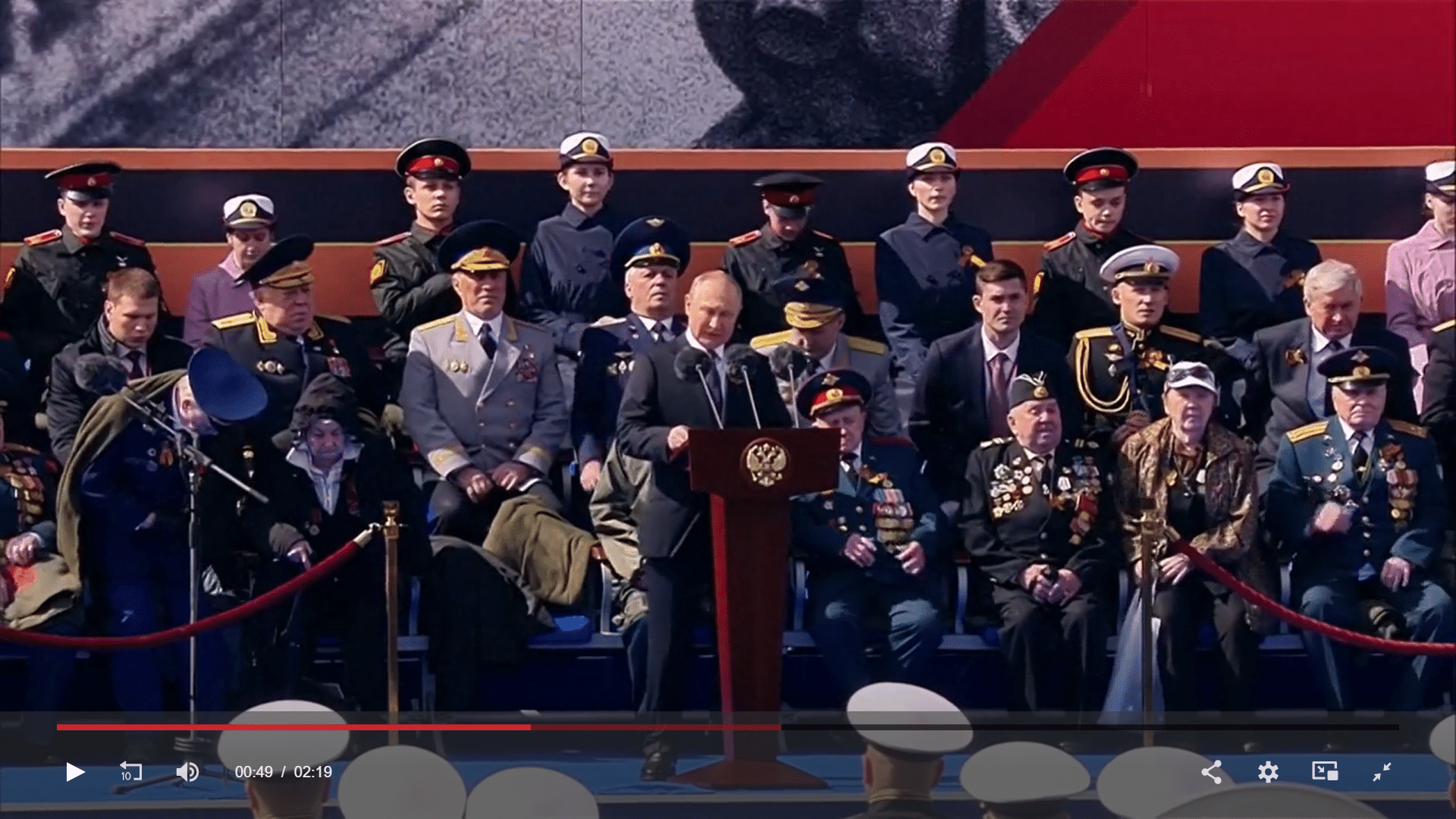 Vladimir Putin’s Victory Day speech today in Moscow was remarkable in that it barely mentioned Ukraine, blaming everything instead on ‘the West/ United States’.

After all the conjecture that today would be the day Russia escalated its attacks; potentially declaring war on Ukraine – the day it would parade prisoners through the hurriedly swept streets of martyred Mariupol – nothing like this happened.

Mr Putin confined himself to habitual criticism of NATO, outlining enemies of the West (namely the United States), and justifying Russia’s actions as being caused by the invasion of Russian territory.

The Russian leader continues to insist troops are ‘de-nazifying Ukraine’ while all  attempts for “sincere dialogue” with the West have “been in vain”.

As international media sources remark: “Putin provided no evidence for his claims”.

The 11-minute speech ended with a minute’s silence for the soldiers lost in combat, and the pledge that Russia would always look after their families (something numerous news reports have shown is not happening: families, particularly of men lost in the downing of the warship Moskva, have been told their loved ones are in ‘parts uncertain’…)

In Portugal, prime minister António Costa said the speech was further indication that the war in Ukraine is being lost by Russia.

The secretary general of the PS pointed out that at no point in the speech had Putin alluded to “a single palpable result since the start of the war” – albeit he did not mention the word ‘war’.

In the PM’s mindset – mirrored by declarations made at the close of an EU conference in Strasbourg today – there hasn’t been unity of the kind in evidence today in both Europe and NATO “for a long time”.