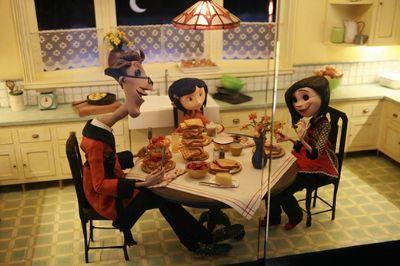 When Coraline moves to a new home, she discovers a secret door that takes her to an alternative version of her own life. In this other world she meets amazing characters, not all of which are good.  Her alternative world mother tries to keep Coraline and prevent her return to the real world, and now she must fight to return to reality and save her family in the process.