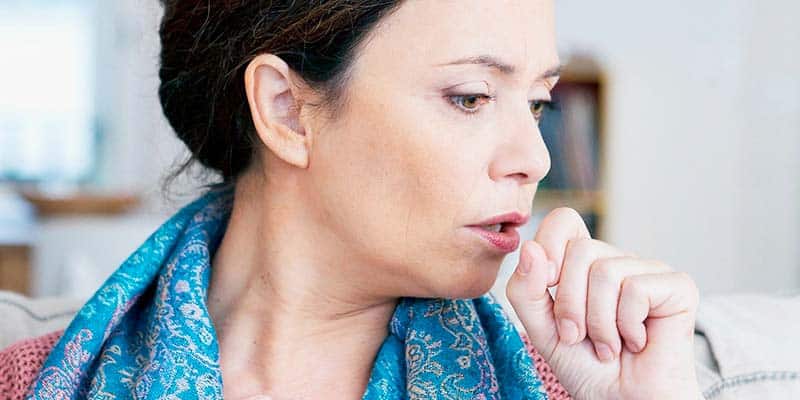 A Chronic Obstructive Pulmonary Disease (COPD) exacerbation means a worsening or a “flare up” of the COPD symptoms.

In many cases, an exacerbation is due to a lung infection, but, in some cases, the cause is unknown. The inflammation (irritation and swelling) of the lungs during and after an exacerbation of COPD can cause extreme illness and a complete recovery often takes a long period of time. Knowing the signs and symptoms of an exacerbation will help the patient to seek treatment early, shortening the length of time of the exacerbation and, hopefully, prevent it from becoming severe.

What causes an exacerbation?

The major cause of an exacerbation is a lung infection (air sacs) or airways (breathing tubes). This infection is often due to a virus, but it may also develop from bacteria or a less common type of organism. Exacerbations can also occur due to the inhalation of irritating substances such as air pollution or a severe allergy.

Lungs react to infection by becoming inflamed (irritation and swelling). This results in narrower and blocked airways due to muscle tightness, swelling and mucus. There are no blood or sputum analyses, or chest x-rays known that can diagnose an exacerbation. Therefore, the only way to identify an exacerbation early on is the patient himself. Understanding the signs and symptoms of an exacerbation and getting help early are the very best ways to limit it from becoming very severe.

What are the signs and symptoms of an exacerbation?

The signs and symptoms of an exacerbation are a worsening of many of the usual symptoms of COPD. These symptoms can also be similar to lung infections due to other causes such as a bad cold or pneumonia.

■ Sputum (mucus) alterations – a change in the colour of the sputum from clear to deep yellow, green or brown. This may be the first sign of an exacerbation. The amount of sputum which is brought up, be it more or less than usual, can also be important.
■ Increased coughing

■ Fatigue – extreme tiredness during routine activities such as walking to the car or bathing.

■ Trouble sleeping – more than usual, waking up with a headache, or feeling confused, or a family member might notice that the patient is confused and/or having difficulty waking up, may be signs of high carbon dioxide levels that need immediate medical attention.
■ Fever

How is an exacerbation treated?

Exacerbations can sometimes be treated at home with inhalers, steroids and/or antibiotics, but if symptoms become severe, hospital admission might be necessary. Treatment is primarily with medication to control swelling and constriction (tightness) of the lungs. Swelling is treated with steroids, either pills or IV (intravenously). During hospital admission, bronchodilator by inhaler or nebuliser to help relax airway constriction will be given.

In many cases, antibiotics will also be administered. The main function of the lungs is to supply oxygen to the body and rid the body of carbon dioxide. Exacerbations can interfere with this, so extra oxygen or a special device, similar to a Continuous Positive Airway Pressure (CPAP) machine to help the patient breathe will also be used.

If exacerbation is severe, admission to the intensive care unit (ICU) might be necessary where the patient will be connected to a ventilator (a machine that breaths for the patient).

This article has been submitted by the Hospital Particular do Algarve Group.