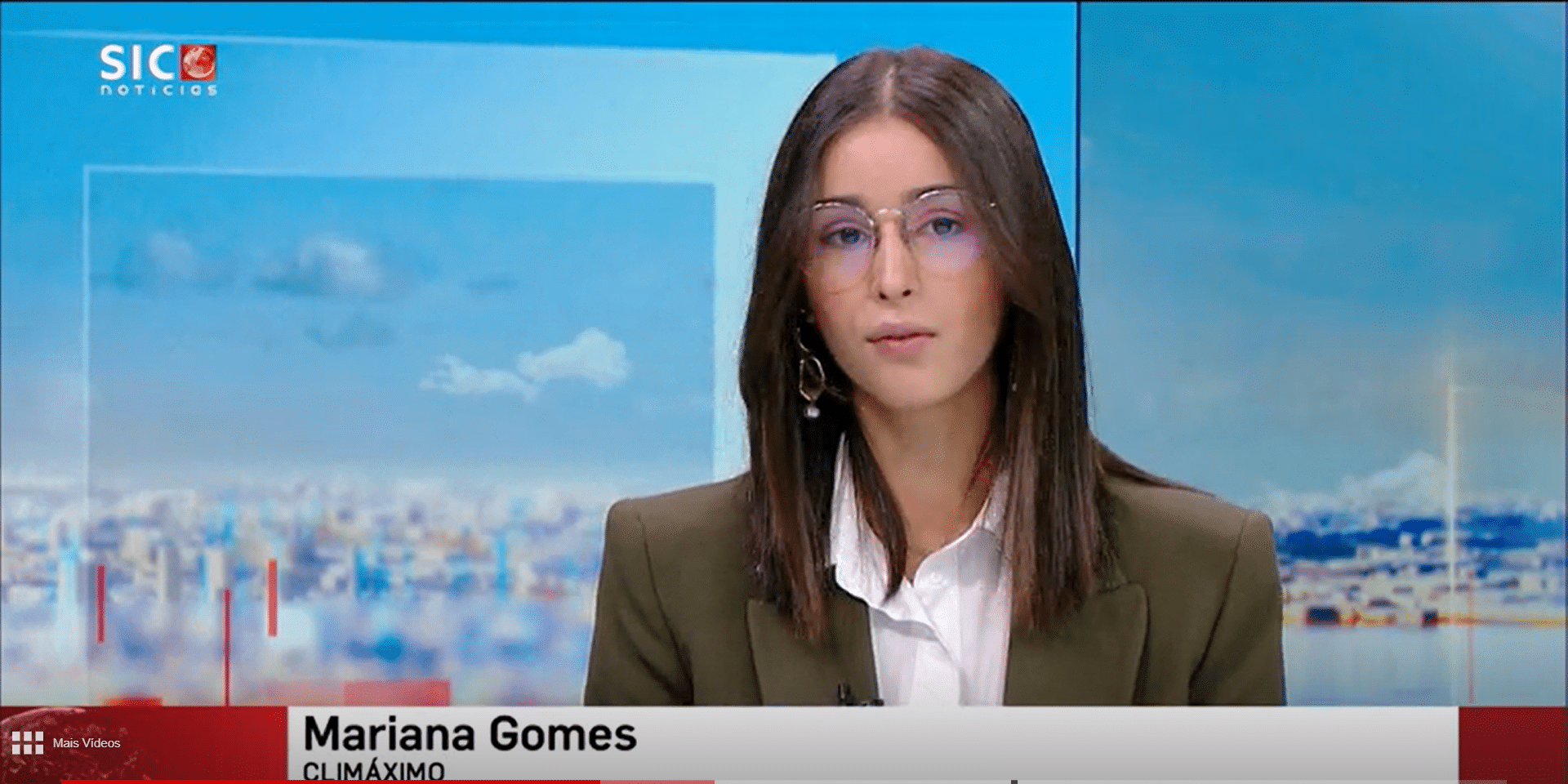 Another pessimistic overview of climate conference COP26 has been given today by an activist who wasn’t even born when the first COP, held in Berlin in 1995, set out to try and protect the earth from the threat of climate change.

Talking with SIC noticias, Mariana Gomes of Climáximo has said she really has very little expectations of this latest COP which opened this afternoon in Glasgow, principally because, in her opinion, COP was created to fail.

“121 countries have declared their proposals to cut emissions, and these proposals – according to scientists – will see an increase (in global temperatures) of 2.7ºC by 2100”, she explained. “Once again, the Paris Accord will not be met as it, like COP, was defined to fail.

It is perhaps one of the few times the views of a young Portuguese climate activist have coincided with those of a much-older government minister (click here).

Even UN secretary general António Guterres has warned of the “serious risk” that COP26, for all its good intentions, could end up not delivering (click here).

The recent G20 summit of world leaders in Italy was a taste of what could come, failing to hit any of the high notes hoped for, explains France 24 (click here).

And what doesn’t seem to be being discussed, says Mariana Gomes, is “the major cause of climatic changes, which are fossil fuels”.

These “have to stop. We need to make an energetic transition and help less developed, poorer countries adapt against climatic phenomena. We need to historically repair cultures that have been hit by climate change and which don’t bear any of the responsibility for the climate crisis…”

And this seems far from being likely.

Vulnerable countries like the Marshall Islands and Barbados have already told the conference that allowing global temperatures to rise above 1.5ºC by the end of the century would be an effective ‘death sentence’ for them… “The clock is at one minute to midnight on the Doomsday clock,” British prime minister Boris Johnson has warned.

Said Ms Gomes, the pledge required (the one she doesn’t expect to see coming) would be to cut greenhouse gas emissions by 55% by 2030 – and do away totally with ideas of carbon offset schemes or credits (strategies allowing richer countries to emit carbon in poorer nations, or to offset emissions by financing environmental schemes again in poorer countries).

This is just a way of “dealing in carbon”, and won’t help the planet, said the young activist – also accusing Portugal’s current government of not having a coherent ‘energetic transition strategy’.

Closure of power stations and refineries as has happened in Sines and Matosinhos are all very well, but they have “led to the unemployment of hundreds of workers. Our government doesn’t have any plans for these workers, nor for the infrastructures” now standing empty, she said.

This may be a little harsh. There have been ‘announcements’ and ‘declarations’ about a centre for green hydrogen (Sines) and even a possible lithium refinery (for Matosinhos), but she is correct to the extent that there are no hard and fast plans yet; no agreementsn or investment in place. Just words.

And this, in the end, is what seems to be anticipated from COP26: lots of words, but very little in the way of concrete commitments that will make a difference.

In Ms Gomes’ mindset, when COP26 finally leaves the international stage in two-weeks time, the world will still be on the road towards extinction…