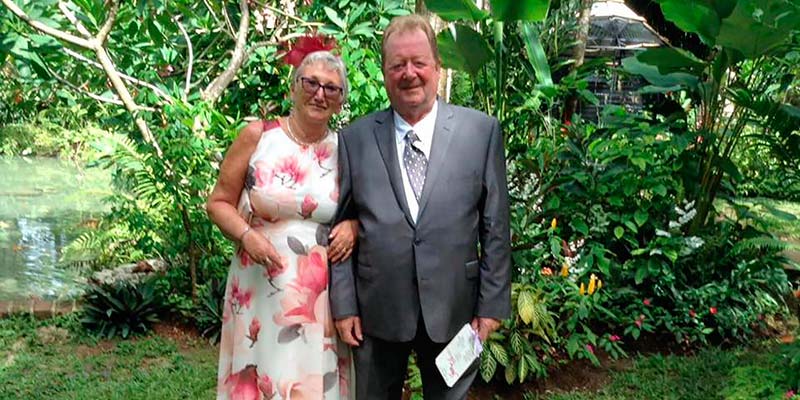 Convicted ‘cocaine-cruiser’ Roger Clarke has reportedly appealed to British PM Boris Johnson to get him out of his bug-infested jail where rats “the size of rabbits” are “a menace”.

Clarke, 72, hopes Mr Johnson can get him and his wife Sue, 71, transferred to a ‘mixed sex’ jail on the island of Madeira.

He claims to be innocent of drug-running – despite having a criminal record for trafficking cannabis resin.

Both the Clarkes made world headlines last year after being found with 9 kilos of cocaine hidden in false-bottomed suitcases.

The pair were meant to have been arrested as their cruise ship docked in Madeira, but issues with weather saw police move in only once the Marco Polo arrived in Lisbon (click here).

Clarke’s description of conditions in Lisbon jail are fairly graphic.

An excerpt of his purported letter to the British PM dubs them “really disgusting, no air conditioning, no heating and in many cells not even any lighting”.

“I’ve been a little lucky as I’m now on F wing which has single cells with a shower and toilet, mind you it’s pot luck if and when you get hot water.

“Rats are a menace, some are as large as rabbits, cockroaches by the millions and all sorts of other horrible bugs…”

It’s unclear whether Mr Johnson – battling to pull Britain out of Europe ‘do or die’ – has seen the letter yet, or even received it.

The Mirror tabloid reports that Clarke’s wife Sue appears to be faring slightly better. She is working in the sewing department of Tires women’s prison “stitching soft toys”, and “sharing a cell with four other inmates”.

Sue Clarke is understood to have suffered some kind of health scare on entering jail last year, while her husband claims to have lost six stone.