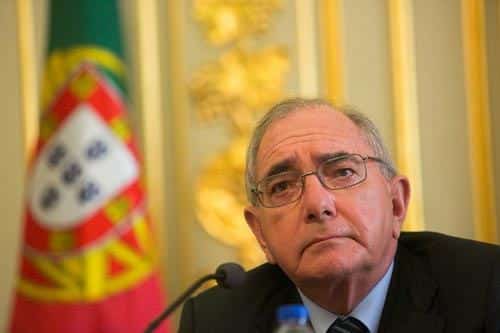 In major hot water this week is Portugal’s Minister for Foreign Affairs who has revealed there are a number of Portuguese fighting for Islamic State in Syria (IS) – all of them ‘jihadi brides’ – who “want to come home”.
“They have lost their enthusiasm for their fiancés and for the spirit of adventure,” Rui Machete (pictured) told Rádio Renascença.
As opposition members demand “explanations” – contending Machete has revealed “sensitive security material” – the focus now is on Portugal’s participation in the international effort to combat Islamic State.
The Socialist Party is concerned that decisions have been made “behind closed doors”.
Talking earlier to Expresso, Machete explained that Portugal “will not be offering military support to the international coalition fighting IS”, nor does it even consider this “the most important question”.
Portugal will however offer diplomatic support “in the sense of finding solutions capable of resolving, for example, repatriation problems and cooperation between States”.
As for the disillusioned jihadi brides, they did not request permission to leave Portugal, and they won’t be required to request permission to return, said Machete.
Nonetheless, if they return, they will be quizzed by the security services.
“Many times these people need treatment, psychological support,” Machete told Expresso. “Then there is the police problem. Theoretically, if there are cases where people have committed crimes, these crimes will have to be analysed and evaluated.” There is a “complex collection of circumstances” that would have to be worked through, he added.
As national papers point out, there are only a few Portuguese jihadi brides, but almost all of them have been in touch with their parents here for help in the bid to come home.
In cases where these young women have already fallen pregnant, national tabloid Correio da Manhã explains Islamic law prohibits them from leaving the country.