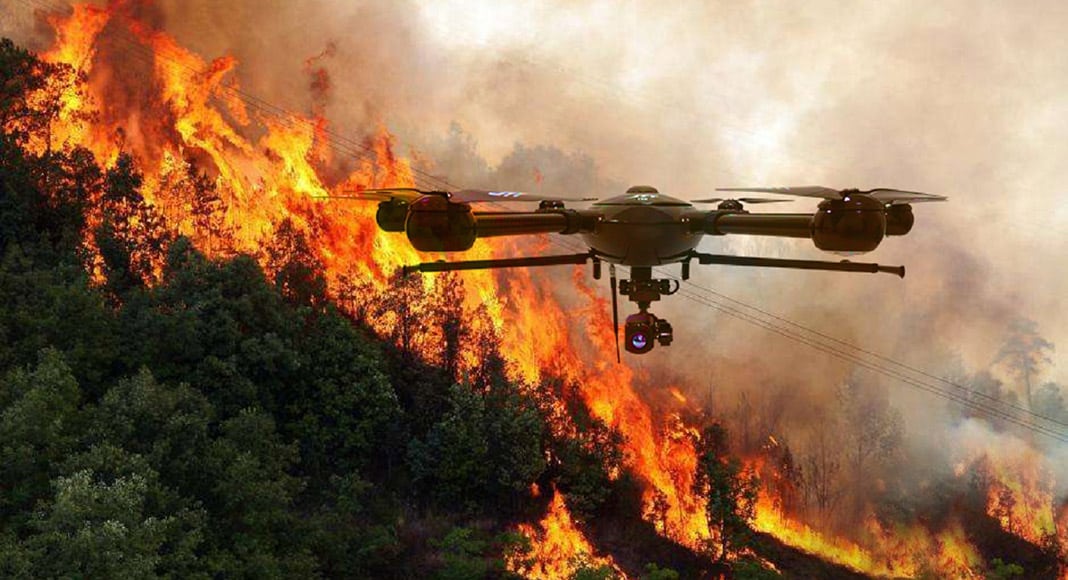 Well into the critical firefighting period controversy has suddenly emerged over 12 firefighting drones, purchased ‘in haste’ for €4.5 million by the government at the start of the season so that the Air Force could start operating them by July 1.

The issue is that none of the drones are yet in active service.

The government ‘blames’ the Air Force, while the Air Force appears to be trying to get round the issue by unilaterally extending all the ‘deadlines’.

What neither seem to have expected was an alert parliamentary opposition. It is the silly season, after all. A lot of MPs are on holiday.

But Duarte Marques, PSD, who sits on the parliamentary commission for Constitutional Affairs, Rights, Liberties and Guarantees has been taking notice.

He told Diário de Notícias: “The government has presented these drones more times than it has used them – and none of the dates that it has announced has gelled with what is actually going on…”

Marques believes the whole performance is nothing more than “another propaganda ploy” involving “bad management of public money.

“Too little transparency and too much propaganda”, he told the paper. “If the money invested in these drones had been used to re-equip firefighters, it would have been more useful”.

“There is a kind of dazzle with drones”, he explained. “It’s as if they could resolve the problem of fires when the real problem is combat. While state-of-the-art drones are purchased, firefighters technology is from the last century…”

The criticism echoes similar laments earlier this month when a 46-year-old Canadair CL-215 plane came down over mountainous terrain just across the Spanish border, killing the Portuguese pilot and seriously injuring the Spanish co-pilot (click here).

Firefighting social media pages lamented the continued use of what commentators described as “museum pieces” when other countries have already limited the use of these early model Canadairs to flat land fires only.

Then there have been the terrible incidents this year of firefighters badly-burned using kit that was over six years old (click here).

In the case of the drones, there are further questions over the launch and indeed outcome of the tender.

The launch was so short (it came in a week with two Bank Holidays and was over almost before it began).

Only one of the companies that applied, UAVision “which had worked with the Air Force on other projects with similar drones managed to comply with all the requirements”, writes Diário de Notícias.

And then there’s the question of ‘why buy 12 drones’, when apparently only three can ever be flown at any one time?

This is a ‘shaggy dog story’ that so far has failed to come up with any of the answers.

Meantime the GNR is operating its drones (all 14 of them, which it has had since 2015) and in 70 flights, three early-stage wildfires have been detected that “by any other means” would not have been.