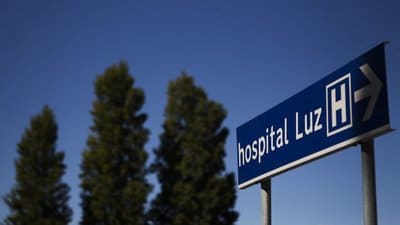 APHP, the Portuguese association of private hospitals is in uproar over a demand by State entity ADSE for “the return of €38 million”.

ADSE maintains the money was overcharged for surgeries and other treatments for public sector workers and pensioners which private hospitals take on according to ‘agreements’.

The situation is such that private hospitals are ready to renege on the agreements, say reports, which will put treatment of public sector workers at risk.

APHP president Óscar Gaspar explained how ADSE “wants to pay four euros for a medicine that costs hundreds of euros” or pay “a hundred times below the market value” for a remedy.

“ADSE has every right to establish rules, but they need to be balanced… it should not be abusing its power”, he said.

“When a service is provided, both parts should know the costs involved. The value cannot be set three years later”.

The confusion has now been lobbed into the lap of the government to sort out.

According to economist Eugénio Rosa, one of ADSE’s directors, “more than 81% of the €38 million” was charged by five major health groups: Luz, José de Mello Saúde, Lusíadas, Trofa and HPA do Algarve).