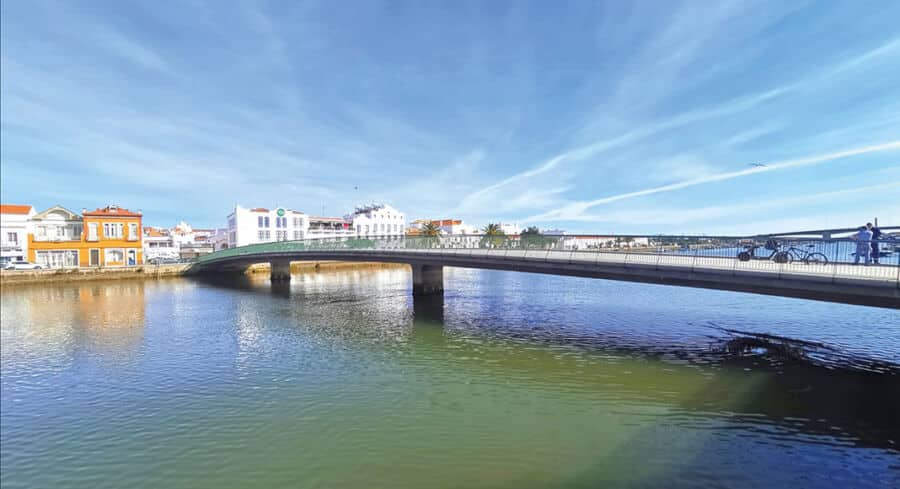 Tavira Council announced on Monday the opening of a new bridge to replace the town’s “military bridge”, which was supposed to be temporary although it linked the two sides of the town for nearly three decades.

The news was revealed via the council’s Facebook page with a short statement explaining that the bridge did not open sooner due to delays related to certification procedures and the bridge’s electricity contract.

“Now that we have overcome this situation, the people of Tavira will be able to use this infrastructure,” the council wrote.

The bridge, however, is not consensual amongst the population. Citizens group ‘Tavira Sempre’ opposed the project from the beginning, saying that the bridge moved forward without any kind of public consultation, did not fit the town’s characteristic architecture and would bring more cars into the historic centre (click here).

The council, on the other hand, defended that it was always transparent about its intentions (click here).