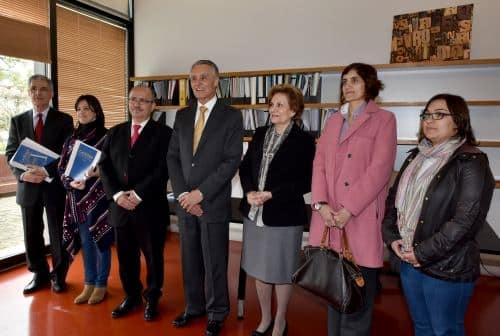 Hundreds of motorhomes have been parking in an area by Portimão Marina, at a site the Câmara says is “not suitable for this kind of activity”.

The site, owned by developers Sociedade Foz do Arade SA, has been used as a paid car park since the summer and quickly became a favoured spot for motorhomers of all nationalities who enjoy scenic views to the marina and are only a short walk away from the popular tourist resort of Praia da Rocha.

Motorhomers are allegedly charged €1 a day to park on the site and are provided with a receipt suggesting the activity is legal.

However, Pedro Poucochinho from the Mayor’s office, told the Algarve Resident: “We have not yet received any request from Sociedade Foz do Arade SA for a licence to operate a parking area for motorhomes in that space or any plans to build a park of this kind there.

“In the Câmara’s view, that space is not suitable for a motorhome park and we have alerted the land owners to this fact.”

Weekly regional newspaper Barlavento, which first reported on the news, received a statement from the company’s lawyer Carlos Bicheiro on March 11, who says the site was “tarmaced by Portimão Câmara and served as additional parking space for people attending the Câmara-promoted parties at the popular Sasha Beach” at the marina. He also said the company had submitted a request to the Câmara for the space to operate as a car park because “it offers all the right conditions”.

Campsite owners in the Portimão area have already expressed their anger at the situation with claims of unfair competition and a lack of safety conditions.

In the statement sent to Barlavento, lawyer Carlos Bicheiro says his client “refutes any accusations of illegality, unfair competition and wild camping”.
1″>news