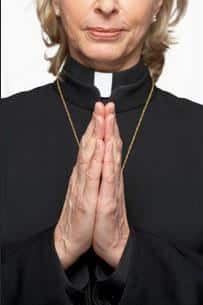 Margaret Brown is one of The Resident’s longest standing contributors and has lived in the Algarve for more than 20 years. As well as Point of View, she also writes Country Matters twice a month.

DISCUSSION CONTINUES about the appointment of women bishops in the Anglican Communion.

Two weeks ago they were rejected by the Church of Wales, despite having been supported by both the House of Bishops and the House of Laity, defeat coming by three votes against the proposition in the House of Clergy. Almost at the same time in Australia, Archdeacon Kay Goldsworthy was appointed Bishop in the Diocese of Perth.

There was an exodus to the Roman Catholic Church of 400 clergy in 1992, following ordination of the first women priests as well as rumblings of a division of opinion among the Episcopate. In 2005 opponents suggested there should be a separate area of the Church from which women were barred.

The argument is that Jesus chose only men as his disciples and that during 2,000 years of the Christian Church only male bishops have been appointed, which must rule women out. Here lies a problem. While presently, half those in training for the priesthood are women and there is a shortfall generally, the future existence and growth of the Anglican Communion needs all the right sort of help it can get from either sex.

Given the choice I would prefer my spiritual health and education overseen by a male priest, in the same way I would rather have a male doctor, dentist and veterinary surgeon. This says more about my age, upbringing and acquired prejudices than any deficiency found in women of the priesthood.

In Paul’s New Testament letters, he refers to them as his ‘co-workers’ and addresses one as Deaconess. In The Acts of the Apostles, it is recorded that women provided the houses where the original Churches met for worship.

However, Tertullian (155-245 AD), a theologian from Carthage, maintained that ‘Only Man is in the image of God’ and saw women as a source of temptation who should neither teach nor baptise, nor take on the priestly ministry. So they were sidelined.

As Paul said (Galatians 3: 28). “There is neither Jew nor Greek, slave nor free, male nor female for you are all one in Christ Jesus.”