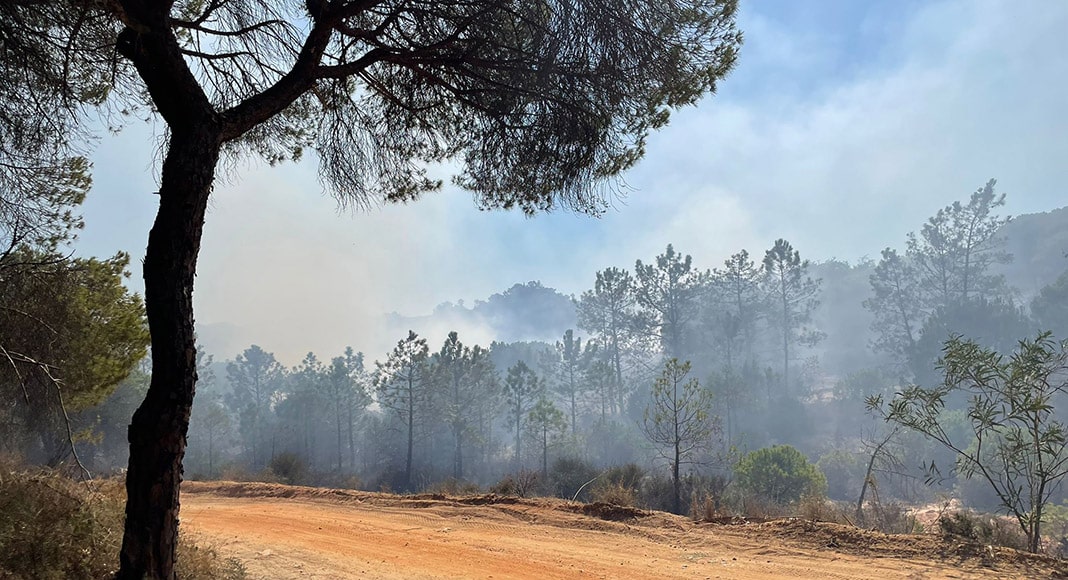 A controlled burn gone wrong caused concern in Quinta do Lago on Saturday among nearby residents and guests of the area’s many luxury hotels.

Authorities have confirmed that the fire started after what was supposed to be a controlled burn of residue carried out by a gardening company grew out of control, with large flames extending to one-hectare of land surrounded by pine trees.

Firefighters were called to the scene at around 5pm on Saturday and helped ensure that the flames did not spread further than the affected area, not far from the five-star Conrad Algarve resort. No one was hurt and no damage to any nearby property was reported.

In order to avoid the flames from rekindling, firefighters continue to monitor the site.

This was not the first fire to break out in the area. Three weeks ago, a similar fire was reported in the same area.

One local resident says that these burns have been carried out without the necessary authorisation from authorities. Furthermore, local residents continue to feel the effects of the blaze with strong smells and ashes emanating from the site. Cars have also been covered in the resulting ash from the blaze.

“It is still smouldering. I live six kilometres away and we can still smell it from here,” the resident told us, questioning whether there will be any consequences for the company behind the burn.

So far, GNR police have only confirmed that the case is under investigation. 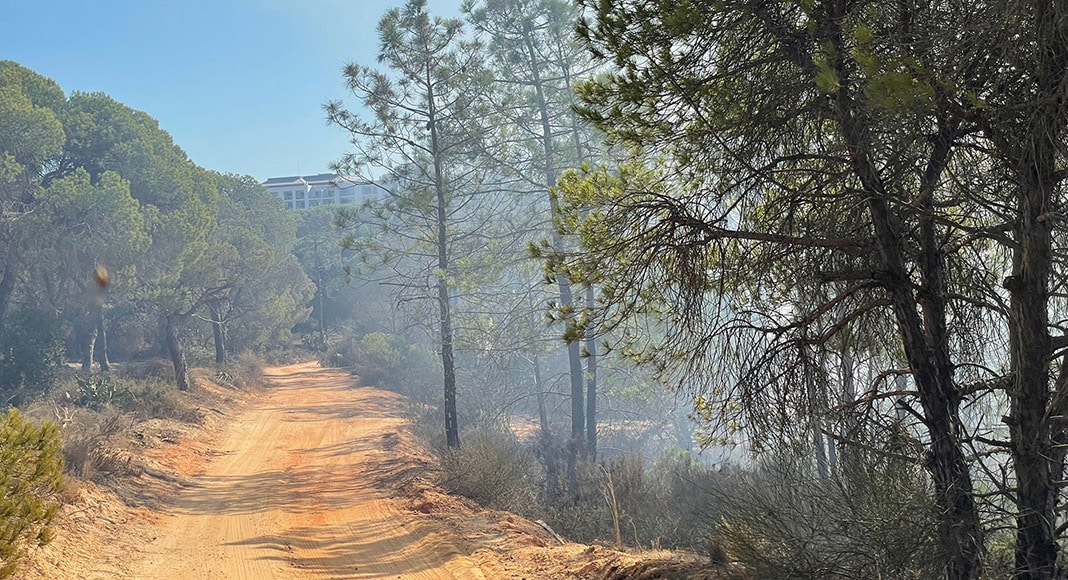