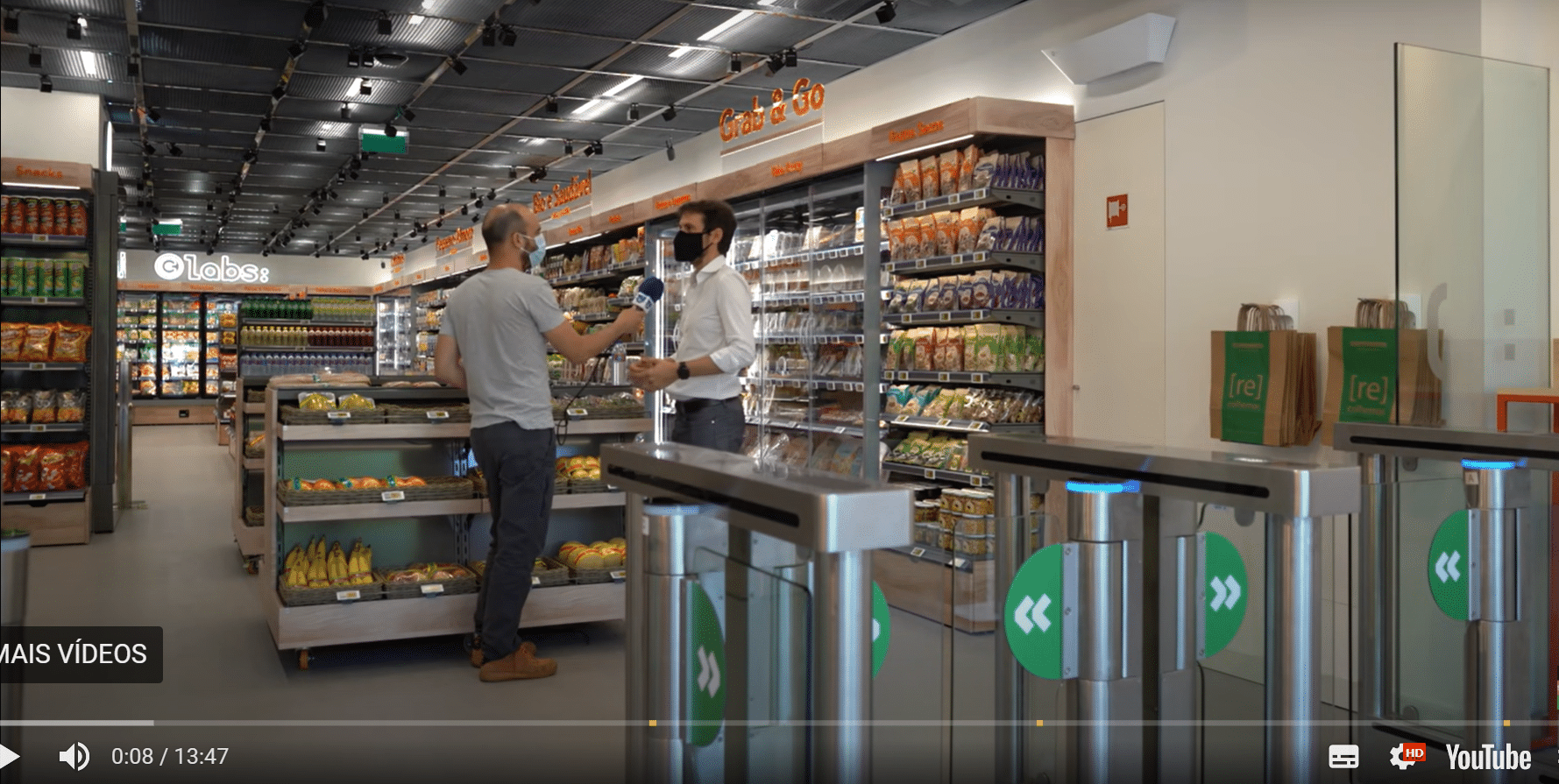 Continente has opened a ‘supermarket’ with no cash tills, shopping trolleys, baskets (or queues) in Jardim do Arco do Cego, in Lisbon.

Basically, customers can go in, put whatever they want in bags they bring with them, and walk out again.

The whole idea is to be able to go in, buy, and leave “without wasting a second”, explains TSF radio.

The only prerequisite is that as customers enter the store, they identify themselves with a QR code on their smartphones.

An app – developed by Continente – then connects them with the items purchased so that as they leave the store payment is done instantly through direct debit.

There may not be the familiar lines of staff at checkout counters, but what makes up for human absence is a battalion of cameras tracking customers’ every move.

Says Frederico Santos, Continente’s director of Innovation and Digital Transformation, the little shop (it measures only 150 sq metres) has around 200 cameras sited in the roof, and 400 shelves equipped with ‘complex sensores, able to weigh and locate everything that is on them’. All this information is communicated through a central system “thanks to 20km of cabling”.

The store, which “is not really a store, it’s more of laboratory where the group wants to undertake a series of experiments in collaboration with its clients”, says TSF, has been in the planning stages for two years, and cost upwards of a million euros.

It’s not the first of its kind in Europe – there are already two others, run by Amazon, like it. In the United States, Amazon has developed also the same concept.

Right now, Continente Labs is not a model that will make its group any money, says Mr Santos. Quite the opposite in fact. But it is apparently the stuff of the future, and in that regard, Continente will be ahead of the game.