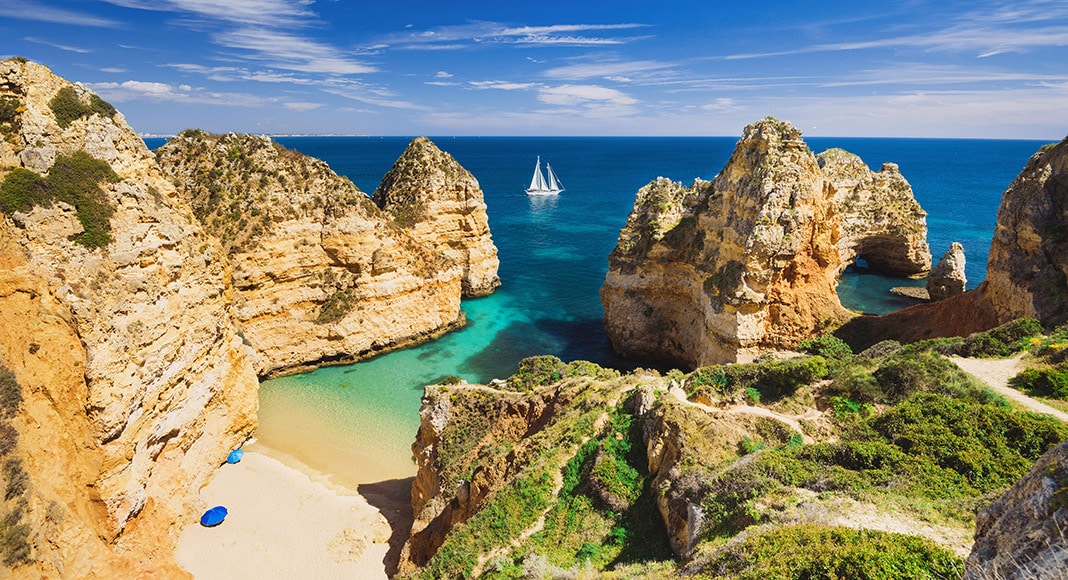 Continental Portugal – meaning every part of the mainland – has been excluded from the British government’s ‘travel corridor’ arrangement allowing British nationals to travel from July 4 without the need to quarantine for 14-days on their return.

The news was relayed by Portuguese media sources before official British confirmation which came through shortly after 3pm (click here).

The autonomous regions of Madeira and Azores appeared to have been included (due to their low rates of infection and in the case of Madeira zero number of deaths) – although this transpired not to be the case (see below).

The development is a bombshell for businesses in the Algarve where British tourists normally account for over 60% of summertime visitors.

The only tiny ray of hope is that British transport minister Grant Shapps has said the list “could be increased in the coming days, after additional discussions between the United Kingdom and international partners”.

António Pina, president of AMAL, talking on RTP this afternoon, said the region is without doubt “much safer” than the UK right now – in terms of the likelihood of actually catching the virus.

“This is the message we have to give out. We simply don’t understand (this decision)”, he said.

Doubts over whether or not Portugal would get the ‘green light’ for quarantine-free travel by Brits followed the spike in virus cases in Greater Lisbon. The situation around the capital is still ‘complicated’.

But as RTP admits, the situation now for the Algarve hoping to salvage some of the summer with visitors it usually receives, is much more than complicated. “It’s very serious indeed”.

On Monday, for instance, Expresso was reporting that without British tourists, Portugal would drop €3.8 billion in revenue “just in July and August”.

It has to be said that this ‘decision’ refers ONLY to Brits in England. It doesn’t cover those living in Scotland, Wales or indeed Northern Ireland.

None of these devolved governments have published their travel advice yet. It could be that Portugal gets the green light from one or more of them; we simply do not know. What is clear is that certainly the First Minister of Wales Mark Drakeford regards the way the British government has handled this issue as “utterly shambolic”.

Decisions were ‘promised’ at the start of the week, then on Wednesday, then today at lunchtime – and now that the definitive list has come through there are, in fact, two ‘versions’ – one which we have used for the purposes of this text, and another that doesn’t even include Madeira or the Azores (click here).

The Portuguese government has labelled Portugal’s absence from ‘the list’ (whichever one one works from) “absurd”, “wrong” and “very disappointing”, with head of diplomacy Augusto Santos Silva saying he hopes the decision is “corrected” very soon.

Regarding the issuing of two different lists on the same day – one including Madeira and Azores and another not – Santos Silva added that this simply represents “an additional element of absurdity introduced by the British authorities”.

On Monday, Eduardo Cabrita, stressed that Portugal is much safer than the UK, while economy minister Pedro Siza Vieira labelled the possibility of Brits not being allowed free travel as a “senseless discrimination”.

He said on Monday: “We continue in discussions with the British authorities in the sense of explaining that Portugal as a whole and in specific areas, like the Algarve and the north, are safe destinations”.

Turismo do Algarve says decision “unfair”: ‘Brits with holiday homes should be heard’

Grappling with the enormity of this afternoon’s announcement, Turismo do Algarve, has called it “unfair and damaging”.

Stresses Expresso, “the decision of Boris Johnson’s government has left the region in shock”.

Turismo do Algarve president João Fernandes told the paper that authorities here had been holding out “till the 11th hour” for things to go Portugal’s way.

The next date for the British government to revise its travel advice is July 30. “We will be going everything we can to revert this situation”, stressed Fernandes, suggesting that British sources “should have consulted the 19,000 Brits who live in the region and can attest to its safety”.

The Algarve has suffered only 1.5% of the nation’s positive cases and “has no (Covid) patients in intensive care” even after the ‘outbreak’ in Lagos two weeks ago.

In Fernandes’ mindset, this shows the region is safe to receive tourists.

“We are bitterly disappointed”, he stressed. “And we do not understand. This situation is unfair and damaging for tourism in the Algarve. We are being penalised for telling the truth”, he added. (There has always been the suspicion that other countries have not been totally transparent with their virus numbers – but again, it is difficult if not impossible to prove. What is clear is that Greece is not testing on anything like the scale that Portugal is, and Spain has been criticised for “not giving statistics”.)

João Fernandes added that five airlines are already regularly bringing holidaymakers into the region from the UK, which shows people want to come here – and may not be overly-concerned with the British ‘rules’.

Hotels too are reacting to the “enormous impact” this impediment to free-travel will have – underlining the fact that half the number of passengers arriving at Faro airport are British.

The UK remains the largest tourist market for the Algarve, representing as many as 6.4 million ‘sleepovers’ through the summer months.

And as Elidério Viegas president of AHETA hoteliers association has pointed out, the 2.4 million habitual British visitors every year could – if they wanted badly enough to come here – decide to fly to Seville in Spain and drive the rest of the way.

It’s not the same, he accepted – and to be fair, technically it would be dishonest, as all passengers these days have to fill out forms to hand into British authorities on their return home. These forms should include information on any country visited during the holiday – though how British authorities will actually ‘check’ for veracity has not been explained.