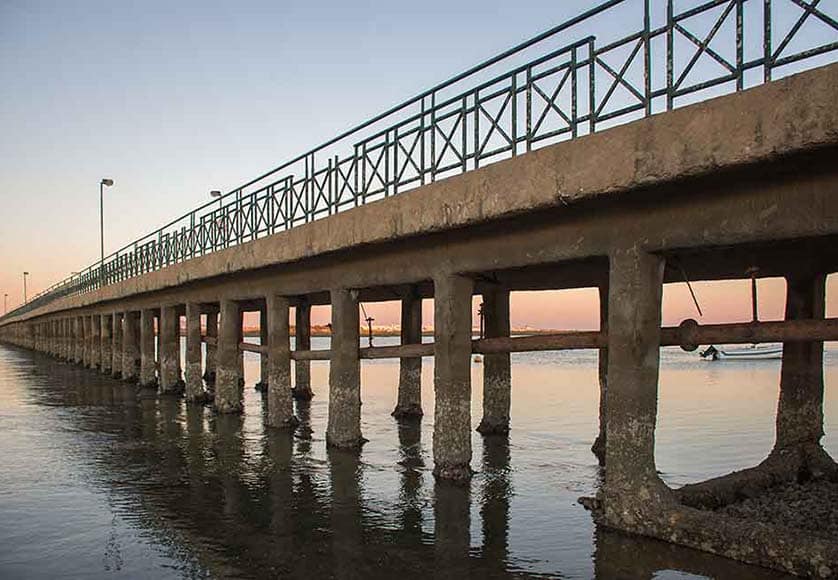 After several roadblocks, construction of a new bridge to Faro Island (known in Portuguese as Ilha de Faro or Praia de Faro) is finally due to move forward soon.

Faro Council announced last week that mayor Rogério Bacalhau has signed the paperwork needed to commence the works, which will cost over €6.6 million and last 18 months – meaning that the bridge should be ready before the summer of 2024.

Last month, the council channelled an additional €1.5 million into the project’s budget to address the “exceptional situation of supply chains resulting from the global energy crisis, pandemic and war in Ukraine, which have been causing abrupt price increases to raw materials and labour”.

The local authority added that these price hikes have had a “particularly relevant impact on construction and the cost of the work,” a project the council views as “crucially important to the municipality”.

The bridge project has been in the pipeline for years, having undergone three unsuccessful public tenders before a fourth finally attracted a bidder.

The current bridge to Faro Island – one of the town’s most popular tourist destinations – has only one lane, which often leads to bottlenecks especially in the peak of summer and leads to safety concerns for pedestrians and cyclists.