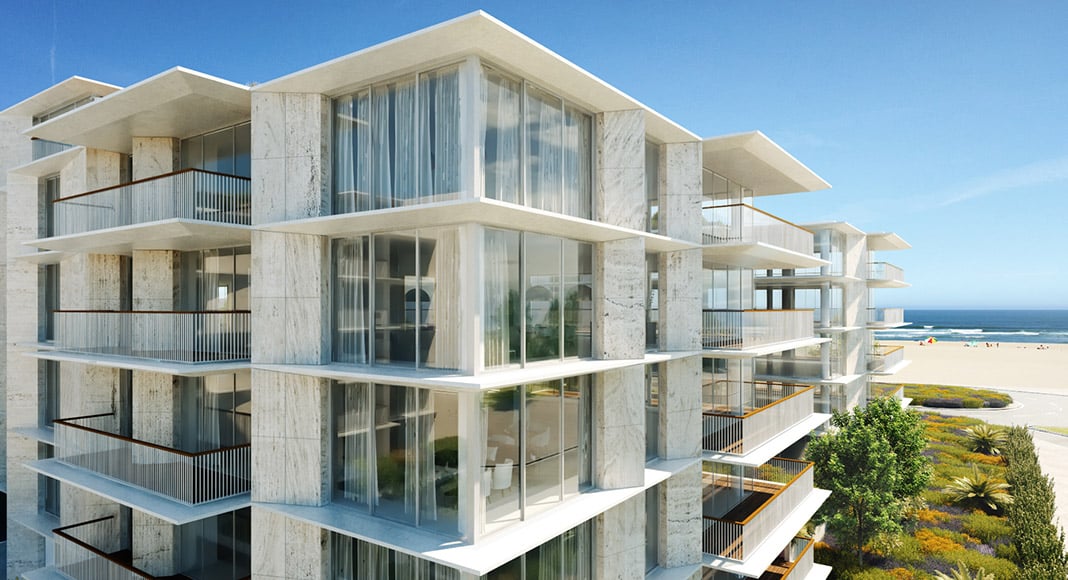 The construction of Bayline – an €85 million private condominium in Armação de Pêra which will feature 256 apartments and will be located just 30m away from the beach – started in December and is expected to be completed in the first quarter of 2022.

The announcement was made this Thursday by Vanguard Properties, a real estate developer led by French television magnate Claude Berda.

Bayline will be located on the edge of Praia dos Pescadores, consisting of six buildings with five to six floors, with a total of 256 one- to three-bedroom apartments.

It will also feature a reception with concierge services, a spa, gym, swimming pools, “ample green spaces” and sports fields.

The construction works are being carried out by Grupo Casais and are expected to last “26 months”, meaning the condominium should be up and running by the beginning of 2022.

The development is described by Vanguard as “one of the last opportunities in the Algarve” to build a condominium on the seafront, with “direct access to the beach”.

Before it was taken over by Vanguard and renamed Bayline, the project was called the Lagoa das Garças Village and included 296 apartments.

Back in 2018, Vanguard Properties’ managing director José Cardoso Botelho told the Resident that the group wanted to take over the project due to its “location, size and the timing” (click here).

“Its location near the beach, with most apartments boasting a view of the Praia Grande bay and the lagoon, is unique and exceptional. It will probably be the only residential development in the Algarve to boast beach and nature views while being within walking distance of the beach and enjoying its own private green spaces,” he told us.