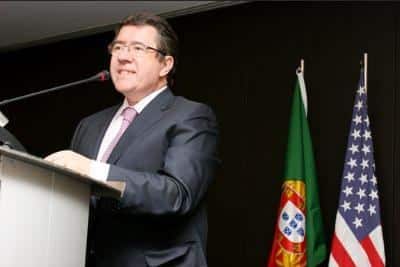 The Executive Director of one of Portugal’s biggest construction and engineering groups, Mota-Engil, has criticised government plans to put on hold key public works projects until after the election.

Former Partido Socialista (PS) leading light Jorge Coelho said during an address to the American Club in Lisbon last week that he had “grave doubts” about recent announcements to delay large-scale public works projects such as the high-speed TGV rail link and Lisbon’s new international airport at a time when the country needed them.

The man currently fronting Portugal’s largest national construction company criticised, without naming names, “a number of people who don’t seem to have the capacity to look further than tomorrow”.

“The public works projects that are being put on ice, the current controversy surrounding these manifesto petitions from academics, economists and other figures, both for and against, are worrying,” he said, adding that they only served to reveal a climate of indecision at a time when people needed strong, decisive leadership over such questions and warned that the consequences “could be tragic and put thousands and thousands of people’s jobs on the line”.

Mota-Engil, which has been particularly hard hit by the economic downturn in the construction industry, is part of a consortium competing for lucrative contracts to build the TGV rail link, the new Lisbon International Airport and various motorway and dam projects throughout Portugal.

Jorge Coelho made his comments during his address on Global Problems – Global Solutions. In his speech, the businessman said that the answer to the global crisis seemed at first glance to lie in global solutions but then questioned if this theory, which seemed so correct, was “realistic and happening in reality”.

While he praised the decision, spearheaded by Gordon Brown, to establish a global discussion and negotiation forum with the main economic blocs, namely China and India, to establish new economic rules, he criticised China for what he called its “disloyal and unfair” economic and labour policies with cheap labour and poor working conditions which undermined fair competition in a modern and developed economy.

In just two decades and one generation, the world had gone from a bi-polar world to a multi-polar one dominated by the United State’s economic model – all this seemingly without great upheavals – a world that was prosperous, liberal, inter-dependent and an economy running like clockwork. “Everything seemed to point to an economic model that seemed stable and perfect,” he said.

But in October 2008, “this clock broke down” and the seemingly perfect economic model “collapsed”.

Then the financial crash came. Europe blamed the contagion on America and Portugal said it was immune to the problem because it hadn’t invested in so-called toxic products – all errors of judgement since Portugal was now suffering the consequences of this international crisis like everyone else.

“It is an error of analysis to imagine that states in an inter-connected global economy can somehow blame others or escape the fall-out of the financial crisis,” he added.

A return to inward-looking protectionism, a tendency he believed was once again rearing its head, would be “disastrous and take Europe back to the Middle Ages where states selfishly isolated themselves and didn’t bother with other states”.

So he slammed Europe for what he called a “lack of leadership and the ability to make decisions” and praised the United States for embarking on public investment projects to safeguard jobs and avoid bankruptcies.

In Europe, the strategy had been disunited, lacked coherence and had been weak with some countries opting to help in strategic areas while others had refused to intervene and reacted instead with public spending cuts and investment contraction at a time when exactly the opposite was needed, he said.