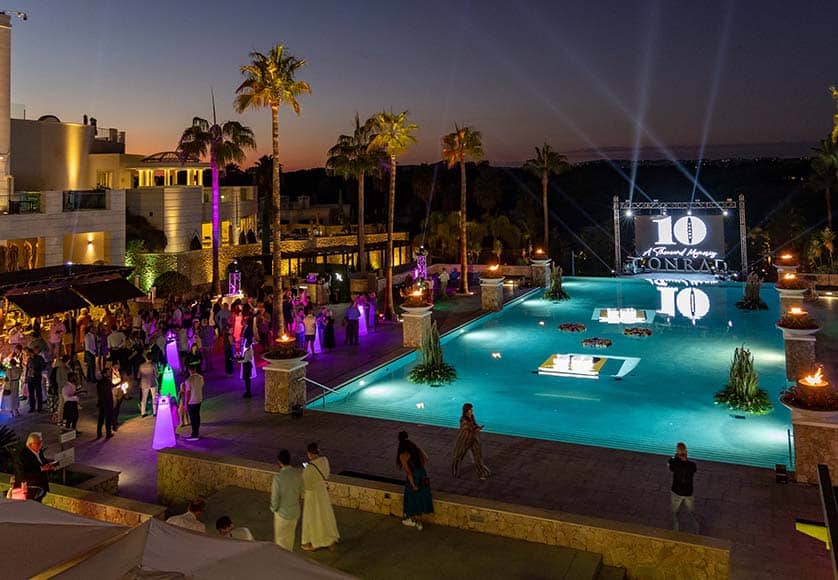 Quinta do Lago resort Conrad Algarve celebrated its 10th anniversary with a “memorable party” on Monday (September 26), attended by business partners, local entities and “all the resort’s ambassadors who, in some way, were a part of this 10-year journey”.

“What binds us are memories,” said Conrad Algarve General Manager, Marco Cogollos, at the event. “Think of your favourite memory at the hotel. To help you build that memory, there was a group of committed and tireless people who feel this hotel as if it were their home. The team of Conrad Algarve are the main people responsible for its success.”

Added the GM: “They were given a fantastic ship, which had a great captain, and together they sailed towards a dream. The vision of Conrad Algarve and our founder Conrad Hilton was to fill the world with the light and warmth of hospitality. By marking the hotel’s 10 years, I can tell you that the team and I will work arduously in the future to guarantee that the resort will continue to be a benchmark for our guests and the community.”

Former general manager Katharina Schlaipfer also spoke about her experience at Conrad Algarve, describing it as a “fantastic hotel” which she had the “honour” of working at for five years.

“In my opinion, what really makes a difference is the passion of the team. From the first moment I arrived at Conrad Algarve, I was impressed by the genuine Portuguese hospitality. You can have an amazing product, but it is the team that gives Conrad its soul and makes it a welcoming place, where clients feel at home. That is why they return year after year, sometimes many times a year. One thing is certain: Conrad, Algarve and Portugal will always be in my heart,” Schlaipfer said. 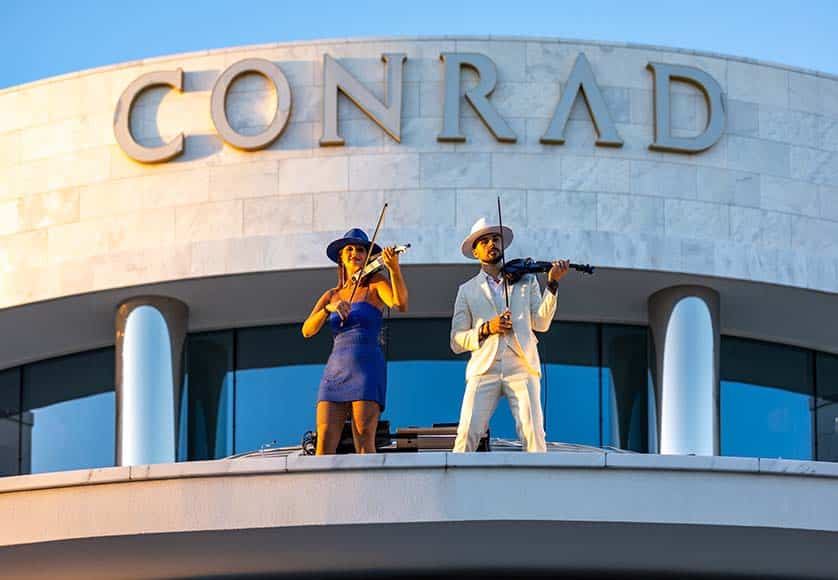 The resort’s 10-year milestone was also highlighted by Joachim Hartl, Hilton’s Area Manager for the Iberian Peninsula, who described it as a “privilege to be a part of the journey of Conrad Algarve”.

“I could not be prouder of the way that my successors and especially this marvellous team were able to fulfil what we had set as our mission at the start of this adventure – to position Conrad Algarve as a Social Hub in the Algarve and a Leading Luxury Hotel in Portugal and Europe,” said Hartl.

He added: “Today is certainly a very special day for me and my family, who were lucky enough to live at this fantastic destination for six years. No matter where I go in the world, Conrad Algarve will always be a part of my most beautiful memories.” 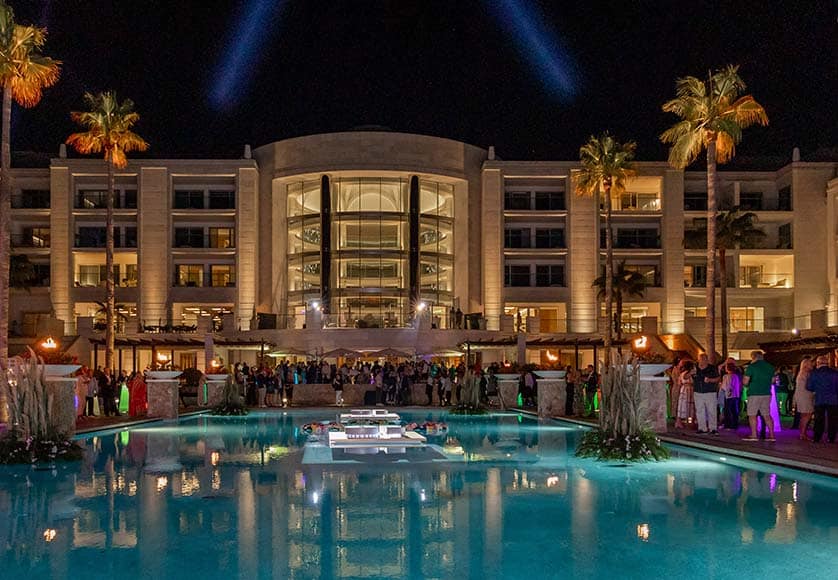 At the end of the event, all guests were gifted a limited-edition artwork created by Portuguese artist Pedro Guimarães in partnership with Artcatto gallery. The artwork represents the Tuberaria – a protected species of plants which has existed at Conrad Algarve since it opened and was one of the main elements to inspire the hotel’s interior decoration – and symbolises Conrad Algarve’s commitment to its identity.

The resort’s 10th-year anniversary has been celebrated through a series of events since March, spanning a wide range of areas from art, corporate responsibility, community, workers and gastronomy to well-being and golf.

It was on September 26, 2012 that Portugal saw the opening of the first Conrad Hotels & Resorts hotel in Europe.

“The magnificence of its architecture, which reflects a Neo-Classic Portuguese palace from the 18th century, along with its idyllic location in Quinta do Lago, its innovative Smart Luxury concept, its sophisticated personalised service standards, ‘authentically’ Algarvian experiences and innovative events made Conrad Algarve, early on, a benchmark for the luxury segment in the hotelier sector in Portugal and Europe,” the resort says in a statement.

Since its opening, Conrad Algarve has already received over 100 national and international awards, which the resort says “proves the consistency of a team which is constantly acknowledged for its genuinely welcoming attitude and will to exceed guests’ expectations”.