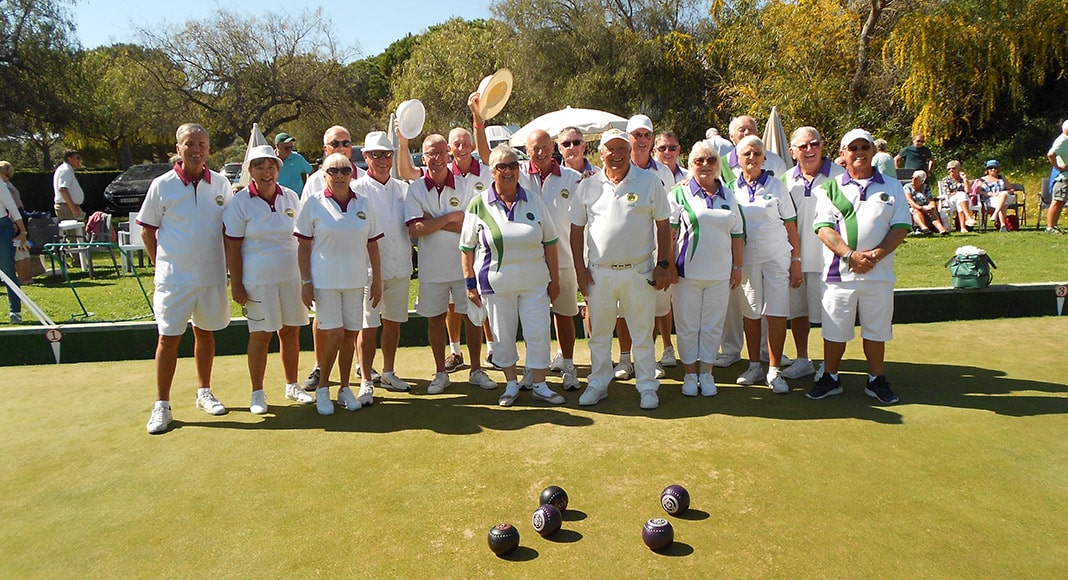 Balaia Bowls Club was the venue for the final match between Floresta Huntsman and Valverde Vulcans on Saturday, March 7. What an exciting match was played out to maybe 80 spectators from several clubs! The many spectators all provided a fun, noisy atmosphere, with lots of encouragement to both teams.

The game could have gone either way throughout the morning, it was so close. It came down to a nail-biting finish, with the winners being Valverde Vulcans.

Congratulations to Alan Hyatt and his squad of Vulcans, and commiserations to Mark Jackson’s Floresta Huntsman who were very worthy runners up.

Thank you to both teams and all the supporters who arrived from all over the Algarve.

All the clubs are now heavily committed to their visiting teams from the UK, but we have one more set of finals to look forward to, before we have our presentation evening on March 20.

On Wednesday, March 11 and Thursday, March 12, we have the finals of the Inter-Club Championships, to be hosted by Pedras Bowls Club.