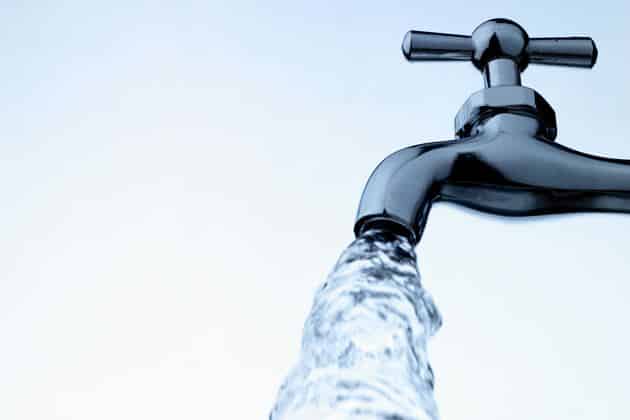 If you live in inland Portugal, you’re in for some good news as water prices will be dropping. But if you live on the coast, prepare to dig deeper into your pockets as prices are expected to increase. That’s the bottom line.
The details, however, are “very confusing” – with neither newspapers nor indeed the water authorities themselves really understanding what is about to go down.
All that is certain is that there are “big changes” on the horizon, outlined in a government restructuring plan designed to tackle the €600 million deficit of national water company Águas de Portugal (AdP).
According to the government, the plan is designed to “lower expenses, increase the efficiency of water management and optimise investments”.
The idea is to merge the country’s 19 multi-municipal water supply and treatment services into five major entities and reduce charge discrepancies.
The likely scenario, according to Público, is that coastal municipalities will cover increases, while inland areas – where water tariffs are generally higher – could benefit from cuts in water services.
But this is where things go fuzzy. All we can know for sure is that “in the next five years municipalities would face increases of as much as 11.8% from water authorities if the government did not come up with a restructuring plan,” Jorge Moreira da Silva, Minister of Environment, Spatial Planning and Energy, declared. With the restructuring, this increase will be around 9.2%.
Everything will depend on how municipalities react to the “big changes”, as they are the authorities that will decide final tariffs.
As Público explains, certain municipalities may be asked to pay less for their water but maintain rates as they were.
“Although it sounds simple, there are still many lingering question marks,” writes the paper.
Even the Portuguese association for water distribution and drainage (APDA) has said that it doesn’t really understand the deal.
“We don’t know how things were calculated,” said APDA president Rui Godinho, who says he is keeping further comments on hold due to the “complexity and uncertainty” surrounding the government’s plans.
The government’s proposal is now being sent to municipalities for their consideration.
Local politicians will have 45 days to give “constructive opinions”, but as Moreira da Silva’s office has confirmed: “They can only give suggestions; they cannot say no to the proposal.” Municipalities owe €500 million in unpaid water services to Águas de Portugal.