Portugal Resident
Home Portugal News Confused? What you can and cannot do depending on where you are... 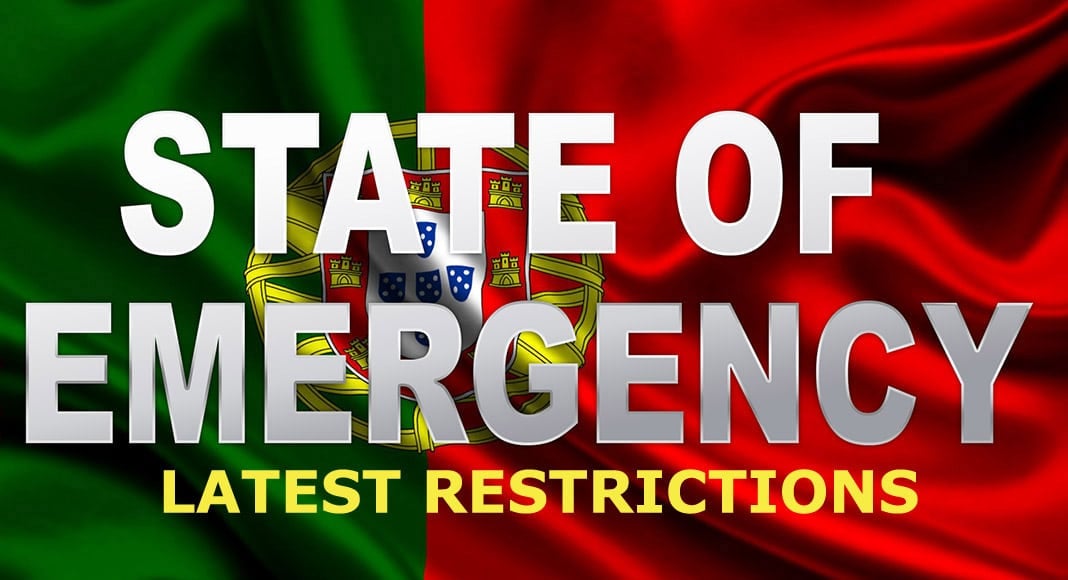 Wrapping your head around the latest restrictions that have been announced for Portugal’s “high-risk” municipalities – now up to 191, including eight in the Algarve (Vila Real de Santo António, Tavira, São Brás de Alportel, Faro, Albufeira, Portimão, Lagos and Vila do Bispo.) – can be a daunting task.

To help you understand exactly what you can and cannot do, depending on where you live in Portugal, the “Resident” has compiled a list of all the current State of Emergency restrictions that are in place until 23:59 November 23 when a new revision of the restrictions takes place.

The information was taken directly from the government’s Covid-19 website (covid19estamoson.gov.pt), a very useful and well-structured site but only partially available in English.

RESTRICTIONS IN PLACE AT THE 191 HIGH-RISK MUNICIPALITIES

The following restrictions apply to the 191 high-risk municipalities and will remain in place until November 23. However, in the 77 boroughs that were just added to the list (click here), restrictions will only come into force at 00:00 on Monday, November 16.

Commerce WEEKEND restrictions
These measures will be in place the following two weekends (November 14-15, except for the 77 boroughs just added to the list, and November 21-22):
• All commercial establishments will open at 8am and close at 1pm, except for the following: pharmacies, clinics and doctor’s offices, commercial establishments selling food and hygiene items up to 200sqm that have their entrance door directly onto the street, and petrol stations.
• Restaurants must close by 1pm serving only takeaways until then, after which they are only allowed home deliveries.
• Establishments that already opened before 8am can continue to do so, such as bakeries.

Support measures for restaurants
To help restaurants face the “difficulties created by the limitations imposed on circulation”, the government will pay 20% of the restaurants’ lost receipts over the weekends November 14 and 15; November 21 and 22, taking into account the average of the past 44 weekends (from January to October 2020). Restaurants can request this extra support from November 25.

‘Stay-at-home’ curfews
Curfews are in place between 11pm and 5am on weekdays, and between 1pm and 5am on Saturday and Sunday, which means people must stay indoors during these periods. But there are some exceptions:

The following people do not need to have a written statement to travel to work:
• Health professionals and other health institution or social support workers
• Civil protection agents, security forces and services, military personnel, civilian personnel of the Armed Forces and inspectors of the Authority of Food Safety and Economy.
• Magistrates, leaders of social partners and political parties represented in Parliament and people holding a free-transit document.
• Religious ceremony leaders, based on their accreditation provided by their respective church or religious community.
• Diplomats, consular workers and members of international organisations located in Portugal, as long as the travel is related to their official functions.

Meanwhile, some of the restrictions that were already in place will continue to be enforced.

Citizens should stay home as much as possible. Events and celebrations are limited to five people, unless they belong to the same household.

• Workers should inform their employer if they lack the conditions to work from home.
• Workers retain their rights, namely the right to receive food allowance.
• If workers believe that they do not have the conditions to work from home, they should inform their employer. If the employer doesn’t agree, the Authority of Working Conditions can be requested to decide if the conditions exist.
• The employer should provide working and communication equipment that is necessary for remote working, while workers can agree to use their own means if the employer is unable to provide them.

Organising the workplace
Workplaces with 50 or more workers should see their employees come in for work or leave at different times, whenever their positions do not allow them to work from home.

Restaurants
During weekdays, restaurants must close at 10.30pm. Groups limited to six people, except when they belong to the same household.

Fairs and markets
Fairs and markets are prohibited except when authorised by the local mayor and when security conditions and recommendations defined by DGS are respected.

The following measures apply to municipalities not included on the high-risk list and will also remain in force until November 23:
• Mandatory confinement for patients with COVID-19 and people under active surveillance.
• Weddings and baptisms limited to 50 people.
• Other events and celebrations limited to five people, unless from the same household.
• Religious ceremonies should follow DGS rules.
• Commercial establishments with a maximum indicative capacity of 0.05 people per square metre.
• Closing hours of commercial establishments between 8pm and 11pm, depending on the local mayor and approval from the local health authority and security forces.
• Restaurants: open to serve customers until midnight but must close by 1am; occupancy limited to 50% capacity; groups limited to five people, unless they belong to the same household, or four people per table in establishments within 300 metres of a school and at shopping centre food courts; booking in advance mandatory.
• The sale of alcoholic beverages is forbidden in service areas and, from 8pm, in any store.
• Drinking alcohol in public is prohibited.
• Private vehicles with a capacity greater than five seats can only take two thirds of their capacity, unless all passengers belong to the same household.

Working from home
Employers must guarantee appropriate security conditions for workers and can opt for remote working according to the terms of the Labour Code.

Telecommuting is mandatory when required by the worker in the following situations:
• The worker is covered by the exceptional protection regime for immunocompromised and chronically-ill patients;
• The disabled worker has a degree of disability equal to or greater than 60%;
• The worker has a child or other dependent under the age of 12 or with a disability or chronic illness who is considered to be a risk patient and who is unable to attend classroom teaching and training activities.
Remote working is still mandatory whenever the functions in question allow it, and when the physical spaces and the way the workplace is organised do not ensure compliance with the guidelines of the DGS and the Authority for Working Conditions.

Organising work
The employer can implement, within the maximum limits of the normal period of work and with respect for the right to daily and weekly rest, preventive measures and mitigation of risks arising from the pandemic, namely:
• Worker turnover shifts between working remotely and working from the usual workplace, daily or weekly;
• Different entry and exit times; or
• Different times for breaks and meals.

There are also SOME MEASURES THAT APPLY TO THE WHOLE COUNTRY, including high-risk municipalities and those not on the list:
• Possibility of performing body temperature measurements by non-invasive means when accessing workplaces, educational establishments, means of transport, and commercial, cultural and sports spaces.
• Possibility of requiring diagnostic tests for Covid-19 in health establishments, residential structures, educational establishments, when entering and leaving national territory – by air or by sea – and in other locations, according to DGS (health board).
• Possibility to use resources, means and health establishments from the private and social sectors, after attempting an agreement and upon fair compensation.
• Mobilisation of human resources to reinforce tracking capacity (for example, conducting epidemiological inquiries, tracing contacts, following people under active surveillance).