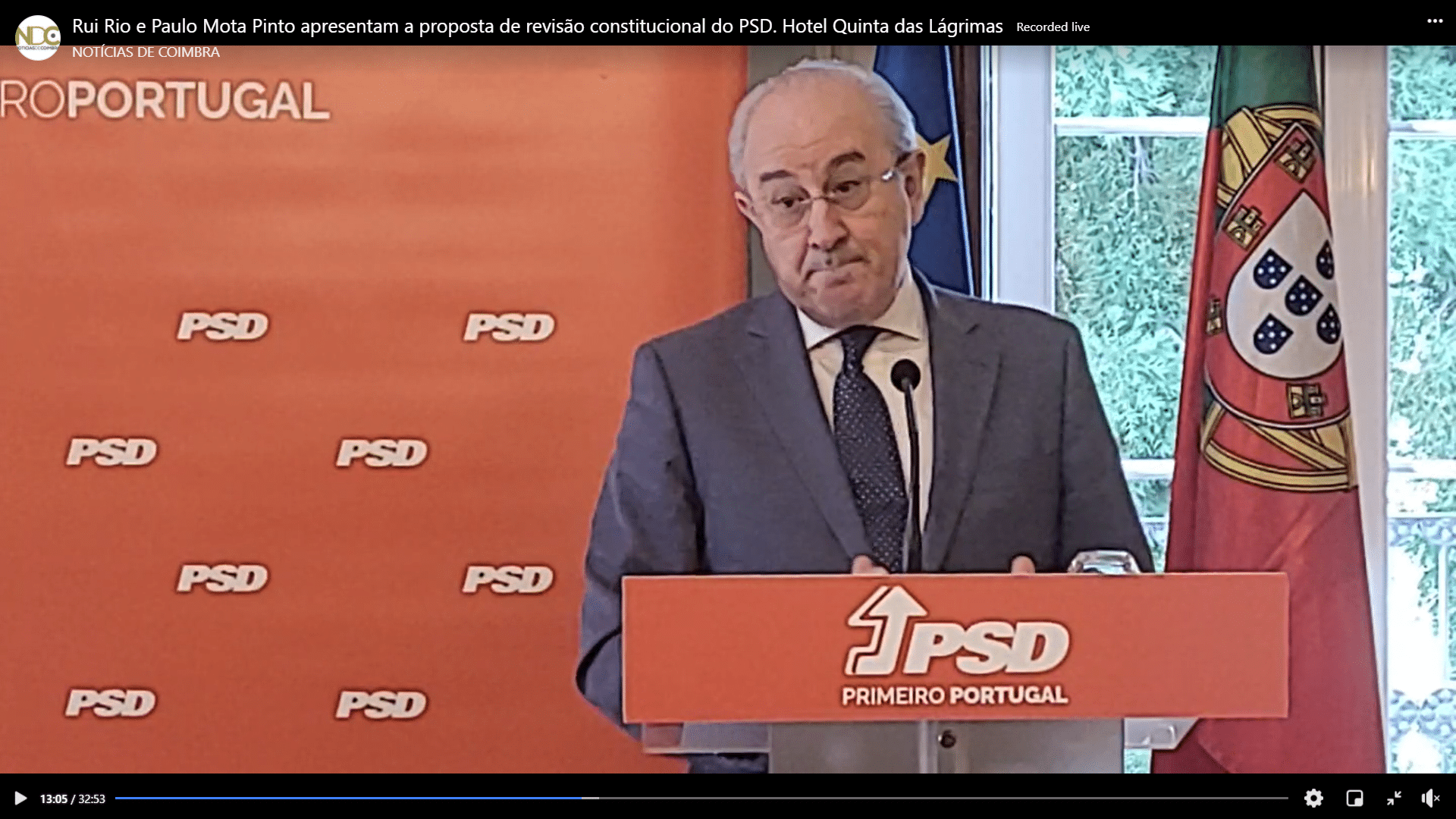 A deep sense of unease has been rippling through social media since leader of the Opposition Rui Rio suggested that “the confinement or hospitalisation of a person with a serious contagious disease” could be made “necessary for reasons of public health even without a court decision”.

Jurists (magistrates and judges) who have been distressed to see the Portuguese Constitution (in their words) “adulterated, violated and corrupted” by government measures introduced during the months of the pandemic, warn this could be the thin end of the wedge.

Up till now, the courts have come to the aid of a number of people who feel they have been ‘sent into prophylactic isolation’ needlessly (click here).

Indeed, anonymous sources described as ‘public health doctors’ have railed against this, claiming they are acting in the defence of public health and being undermined.

But as a video posted over social media two days ago explains, without the protection of the courts, citizens could simply  end up being ‘taken off the streets’ by order of ‘the authorities’ (click here).

The clip has been shared thousands of times, suggesting the concern felt by jurists has filtered through to everyday citizens as well.

As people take to the streets in France (against President Macron’s recent decision to make even cafés off limits to the unvaccinated (click here), judges in Spain have ruled that the country’s first lockdown in 2020 was illegal and unconstitutional (click here).

The power of both public opinion and the Law is being exercised – thus this recent attempt to suggest ‘reforms to the Portuguese Constitution’ is very relevant.

Relevant too is the way this theme has been presented by the mainstream.

ECO online for example ran with the headline “PSD proposes there should be 15 MPs less and five year legislatures”.

It’s a headline that many people would instantly agree with (or perhaps find nothing to disagree with).

The suggestion that people could be forcibly confined or held in hospital “without judicial decision” was mentioned only at the end, in a sentence that included the importance of making sure that healthcare could “never be refused in the case of someone having insufficient economic means”.

In other words, the implications of ‘reforming’ a Constitution set out to protect citizens’ rights and liberties to the point that those citizens could end up being removed from society with no recourse to the Law was somehow camouflaged to look almost innocuous.

Indeed TVI’s report even included the opinion of a retired Constitutional Court judge (Paulo Mota Pinto) – formerly also an MP – who used the fact that the government has already introduced confinements to argue that this change to the Constitution ‘is already happening’.

The issue, argue other jurists, is that it shouldn’t be.

The bottom line, in the view of these members of the legal profession, is that to allow these ‘reforms’ will be to take Portugal “from a State of Democratic Law to a Dictatorship”.

For now, Rui Rio’s suggestions are just ‘out there’: presented very much as mild reforms.

There “should be negotiation with the Socialists, of course”, says Mr Rio, as approval will require a ⅔ majority of the House.

Debate on these reforms will come during the next legislative session (opening in September).

Meantime, those ripples of concern are building up to what may come to be a large protest in Lisbon on Saturday July 24.