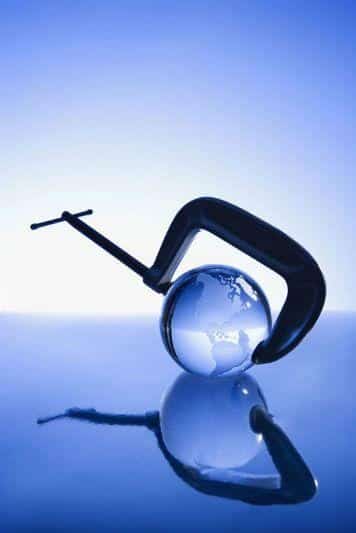 A spate of recent data has shown that the UK economy could be starting to recover and the good news is boosting confidence.

According to the National Institute of Economic and Social Research (NIESR), the recession may have ended in March. The respected think-tank said that Gross Domestic Product (GDP) grew by 0.1 per cent in May after a 0.2 per cent rise in April.

Optimism has spread among some economists who have concluded that the recession will end in the next quarter, if not beforehand. However, official GDP data for the second quarter will not be available until July 24. If this confirms growth then the UK downturn may well be judged to have made a definite turnaround.

NIESR’s director, Martin Weale, said that he believed that the recession was now over “as far as I can tell”. He wasn’t certain that the official data would confirm the NIESR’s statistics because the official figures are worked out on a quarterly average and not a monthly basis, and so are likely to show that the economy had only stagnated.

“The monthly figures are inevitably erratic but the picture is coherent with the broader picture of stabilisation which has emerged since we first suggested that the output had stopped falling on May 13,” Weale said. He described March as having been the trough of the depression. “So far as we can say, the recession is over.”

At the time, members of the Bank of England’s (BoE) Monetary Policy Committee were more cautious. Kate Barker said it was not clear whether the figures were sustainable. “Some areas of retailing are still doing reasonably well and manufacturing orders are starting to come back, but whether that’s a stocking issue or a turn up in final demand isn’t so clear,” she said. “I think there’s a lot of concern about what’s going to happen beyond this pick-up.”

Andrew Sentance said “it is encouraging that in recent months we have seen some promising signs that the recession – here in the UK and globally – may now be bottoming out.  And we should be able to look forward to a recovery beginning either later this year or early in 2010.”  He however warned that a sustainable recovery could be endangered if banks fail to improve the flow of credit.

The NIESR had singled out the BoE’s cuts in interest rates and quantitative easing measures as major reasons for the turnaround.

During his Mansion House speech on June 17, BoE governor, Mervyn King, said that there were signs that the economy is beginning to stabilise and financial markets have improved, though the “path to recovery could be protracted”.

At the same event, UK Chancellor of the Exchequer, Alistair Darling, said, “while I am cautious, I am also confident of a sustained recovery”.

In the April Budget Darling had forecast a return to growth by the end of the year and although received with doubt at the time it seems possible that the economy is growing sooner than expected.

Eurozone countries also received a confidence boost for the second consecutive month in May with the EU’s statistical arm Eurostat revealing an improvement in the Eurozone’s Economic Sentiment Indicator (ESI). The ESI for the 27 nations of the EU also improved in May for the second month in a row.

European economist at Capital Economics, Daniele Antonucci, said: “The further rise of the ESI in May adds to the evidence that the cyclical trough is already behind us.”

According to Eurostat, the May increase in ESI was partly due to a clear improvement in the retail sector with modest improvements in the services and industrial sectors. However, although there were encouraging signs the indicator still remained at low levels.

The Organisation for Economic Co-operation and Development (OECD) had encouraging news that developed countries worldwide reached a possible trough in April. The OECD said its overall measure of the advanced economies that are its members now pointed to ‘recovery’ instead of the ‘strong slowdown’ they had been suffering since last August.

The positive signs that economic growth is taking root may cause those who have been sitting on their cash to start moving it back into investments. Cash that has been resting in bank accounts paying minuscule interest rates could be working better in a broad based equity and bond fund portfolio.

The Investment Management Association (IMA) said that having taken money out of stocks and shares in the previous two months, a total of 445 million Pounds Sterling had been put into equity funds in March and 579 million pounds in April. Money was also pouring into bond funds, which stood at 1.045 billion pounds in April.

Chief executive of the IMA, Richard Saunders, said: “These findings suggest that investors are feeling more optimistic about the investment market than they did six months ago although they are still cautious about re-entering it. This improved mood is consistent with IMA sales statistics which show modest net retail inflows into equity funds over the last two months, but much healthier ones into corporate bond funds over the last six months, with April’s overall retail sales being the highest in three years.”

Making investment decisions should not be taken lightly and without expert advice. Blevins Franks Financial Management is an experienced financial adviser who can assist you with a balanced portfolio designed to suit your needs.