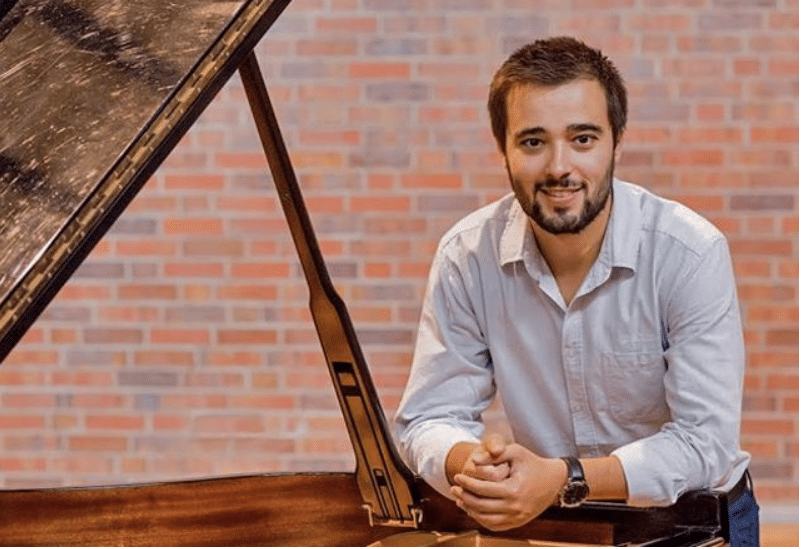 Portuguese pianist Vasco Dantas will be performing a concert on Saturday, November 20 at Quintinha da Música, near Tavira, at 4pm.

The famous pianist will present the programme which graces his latest CD: Robert Schumann’s Kinderszenen (“Scenes from Childhood”), followed by Carl Reinecke’s Transcriptions of Schumann’s Songs and, after the interval, Modest Mussorgsky’s Pictures at an Exhibition.

Vasco Dantas was born in Porto in 1992 and graduated from the Royal College of Music in London with a first-class distinction. He has won more than 50 prizes in competitions in Germany, Greece, Italy, Malta, Morocco, Portugal, Spain and the United Kingdom.

In 2017, he accompanied the Chamber Orchestra Kremlin in the Grand Hall of the Moscow Tchaikovsky Conservatory and in 2020 performed for the first time at the Carnegie Hall in New York. He has performed with many Portuguese orchestras, including the Gulbenkian.

The concert is organised by the Algarve History Association.

Tickets, costing €25 per person, are available from lynne.algarvehistory@gmail.com