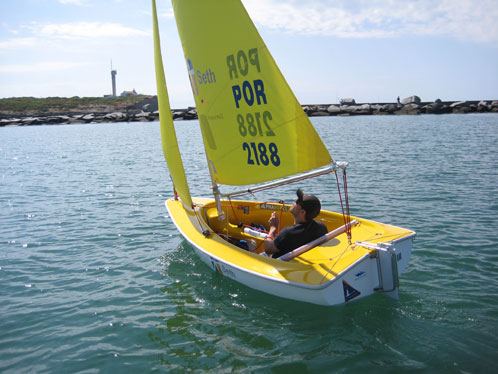 The sight of malnourished horses and donkeys left in the scorching sun for hours without any shade is all too common in the Algarvean fields, but according to animal charity Associação dos Amigos dos Animais Abandonados de Loulé – São Francisco de Assis Kennel, the number of complaints and horse abuse cases “has increased dramatically in the past ten months”.

“We’ve had at least ten cases this year, but it is something we always had to deal with from the very beginning of our association, 31 years ago,” said the association’s co-founder Lilo Clauberg-Kranendonk, a resident in the Algarve for 42 years.

The data supplied by the GNR’s Territorial Unit in Faro seems to confirm the growing trend. According to Lieutenant Colonel Antunes, the six units of the Algarve’s Nature and Environment Protection Service (Serviço de Protecção da Natureza e do Ambiente – SEPNA) have already received 12 complaints regarding horse abuse up until the end of August. In 2011 they registered eight complaints during the whole year.

As well as hardship to the animals, “it’s a cause of concern for the GNR police because we find it difficult to provide shelter for the animals,” said the Lieutenant Colonel.

Without the proper facilities to house the horses, the GNR is forced to wait for help, either from a public institution, the municipal veterinary or, as in most cases, of an animal charity. Lieutenant Colonel Antunes said that these associations are playing a key role by sheltering the animals, but also admitted that the GNR is aware of how expensive it is for charities – most of which live solely on donations – to support more and more animals.

The São Francisco de Assis Kennel, which often works in partnership with SEPNA by collecting and housing abandoned and abused animals, spends on average €11 per food bag. With each horse eating around 20 bags of food over a fortnight, plus hay, Lilo Clauberg-Kranendonk says that the costs really add up.

Bridie Harding, a regular volunteer and animal handler at the Donkey Sanctuary (Refúgio dos Burros) in Estombar, also agrees that horse abuse is “sadly, kind of normal in the Algarve”, but believes that the matter is more pronounced in the summer, as tourists “who are not used to seeing the animals being kept in such conditions” flood the association’s email boxes with complaints.

The situation’s impact on tourism is often raised by animal associations, with Lilo saying that it causes a “terrible impact” on tourists. Like their Estombar counterparts, the São Francisco Kennel receives numerous complaints by telephone and Facebook.

With both associations attributing most cases of neglect to gypsies, they face yet another problem – horse theft – as some individuals break into the charities’ premises to take the animals that have been nurtured back to health.

In fact, due to the numerous thefts, the São Francisco Kennel had to put up a wall and wire fences around its facilities in 2007, but what really helped prevent the situation from escalating further was the installation of a surveillance camera donated by an animal benefactor in December 2011 and, occasionally, the swift intervention from the GNR.

However, Lilo admits that there are “some gypsies who come to our association and ask for deworming pills for their dogs and horses. But it’s quite rare,” she said.

Both charities are also quick to list a number of recent horror stories, from horses that are beaten by gypsies in public areas in Albufeira, so that tourists offer to buy the animal or give them money to make them stop, to horses that are moved around from field to field to avoid SEPNA’s intervention in places such as Almancil, Lagoa and Algoz (São Silva, the president of the São Francisco Kennel, is known for rescuing horses around the clock with the help of a blacksmith). If not rescued in good time, some of these animals are found dead or will have to be put down, report the animal charities.

According to Lieutenant Colonel Antunes, all animal abuse cases should be reported to one of the six SEPNA units in the Algarve (Portimão, Silves, Albufeira, Loulé, Faro and Tavira). Complaints can be made anonymously by telephone (808200520) or email (co.dsepna@gnr.pt). “If you do decide however to identify yourself, we won’t leave any complaint unanswered,” said the Lieutenant Colonel, confirming that all complaints are investigated.

The SEPNA officers will immediately visit the site and ascertain whether the complaint was accurate. If it’s classed as a crime, the case will be sent to court, whilst if it’s classed as an offence then it will incur a fine.

While many people feel tempted to help by parting with money, Lilo Claudberg-Kranendonk discourages people from giving money to gypsies to try to rescue the animals: “We once traded an old bicycle for two old donkeys,” she recalled.
1″>news