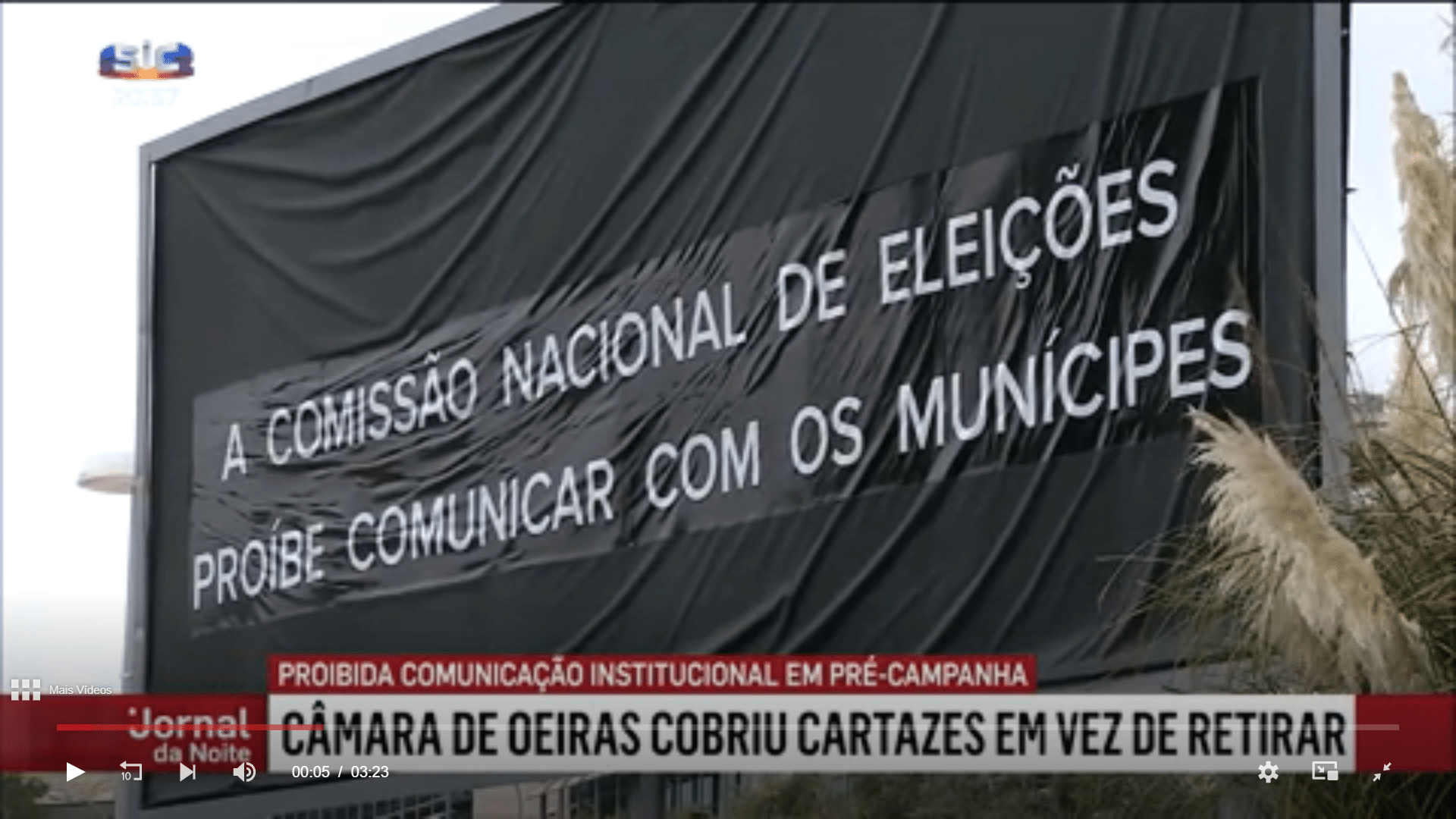 The national election commission (CNE) reports that it has already received ‘almost double’ the complaints related to the running of this campaign than it did during the last municipal elections in 2017.

The majority centre on “irregularities” when it comes to publicity.

Explains Correio da Manhã, an example is “when a mayor unduly uses means of the municipality he/ she presides over to make propaganda”, i.e. publicises public works achieved, or projects in the pipeline.

Other complaints centre on “alleged violations of the duty of neutrality” – occasions when “a mayor or prime minister does not separate this role with the candidacy to a municipal council”.

There have already been multiple complaints by political parties over how prime minister António Costa has used the billions coming from Brussels by way of the Plan for Recovery and Resilience as a major talking point in his speeches.

As CM concedes, because it is the party with the most municipalities, “it is natural that the PS would be the principal target of complaints”.

Of the 703 ‘cases opened’ by the CNE up to September 12, 29 have been sent to the Public Ministry (meaning the CNE considers they could be actionable).

Says CM, there may well be more to come, as the CNE is due to publish its latest report (up to September 19) later today. This one is expected to include the various complaints about Mr Costa using the Plan for Recovery and Resilience in campaign speeches.

Meantime, Henrique Raposo, leader writer for Expresso, observes what he calls “the mediocrity of António Costa” who, he says, has spent the last few days “promising everything on the eve of elections, treating voters like idiots”.

The PM’s gaff over Galp (click here) has stuck in the public psyche as an example of expedient politics – the kind that ultimately takes countries nowhere.