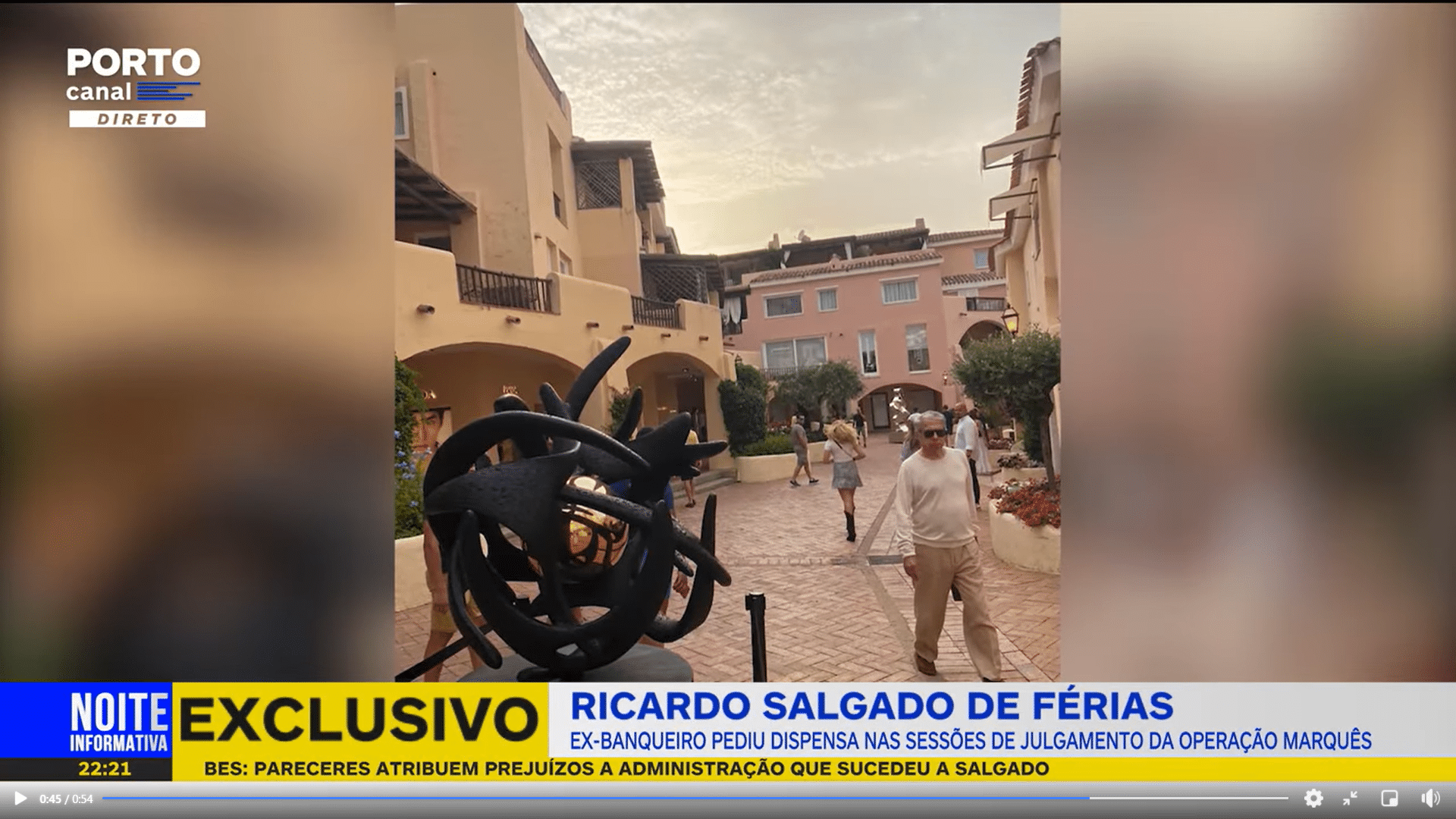 Complaints from everyday citizens about the functioning (or rather ‘malfunctioning’) of Portuguese Justice have ‘more than doubled’ during the two years of the pandemic.

As this story centres on a reporting cataloging complaints presented to the general inspectorate of Justice services (IGAI), disgraced banker Ricardo Salgado – a key figure in multiple corruption cases – has been photographed holidaying on the Italian island of Sardinia.

The 77-year-old who cited the dangers posed by the pandemic as the reason not to attend a recent court has been snapped walking around the island without even wearing a mask – the inference being that he might be concerned about the pandemic when it comes to a court hearing probing the extraction of €11 million from the sphere of Group Espírito Santo, but when it comes to a holiday, he isn’t.

Much more to the point, Mr Salgado has managed in this family holiday to become the embodiment of the malfunctioning of the Portuguese justice system.

As Expresso explains, seven years ago, two weeks after leaving BES in a molten shambles, Ricardo Salgado was arrested as part of an elaborate investigation into money-laundering, dubbed Monte Branco.

“That happened on July 24, 2014. He had to post bail of €3 million, and then came judicial proceedings, infraction proceedings and seizures of his assets”.

Monte Branco isn’t the only investigation in which Mr Salgado is an ‘arguido’ (official suspect). There are three crimes “imputed in Operation Marquês” (the ones referring to the €11 million allegedly snaffled out of Grupo Espírito Santo) and there is the whole BES investigation (the alleged mismanagement that led to the cripplingly-expensive-for-the-taxpayer collapse of Portugal’s largest family bank).

For those who may have forgotten, Expresso explains that Mr Salgado is “suspected of the practice of 65 crimes” regarding BES. They range from“criminal association to money-laundering, qualified fraud and falsification.

“All these criminal cases are still awaiting an outcome”, the paper adds – no less than seven years on.

There are also other investigations “connected to BES” which haven’t yet reached the point where charges are brought.

In the meantime, the Bank of Portugal has ordered Mr Salgado to pay a fine of €3.7 million for the ‘ruinous management of BES’ “which hasn’t yet been paid”.

Another case has passed through the courts delivering a fine of €75,000 for giving false information and violating banking rules.

And there are two further ‘dossiers’ being tried in Santarém, says Expresso, while another case (and a fine) is at risk of ‘lapsing’.

Most recently an administrative infraction proceeding by the Portuguese Securities Market Commission (CMVM) ordered Mr Salgado to pay another fine – this time €2 million, though it’s possible this will be subject to appeal.

Seven years on, and not only are most of the cases against Mr Salgado nowhere near completion, he is on a family holiday in Europe.

Reacting some years ago to the former banker’s arrest, prime minister António Costa said:“The fundamental requirement for the functioning of justice is that we can have confidence that whoever is guilty is punished. Whoever is not punished is because in principle he is innocent…”

In an election year, statements like these can weigh heavily on people’s voting intentions.

As to the exponential growth of discontent with the Justice system, IGAI has suggested this could be down to the fact that citizens are now able to lodge their complaints ‘remotely’, from the comfort (or otherwise) of their homes.

The ability to complain has become ‘more accessible’, argues IGAI, and this may well be the reason for the bulk of the 105% increase in said complaints.

It is an argument that may hold some truth. But it could also be true that everyday citizens are just be a bit more cheesed off than usual with their country’s ‘functioning of justice’.