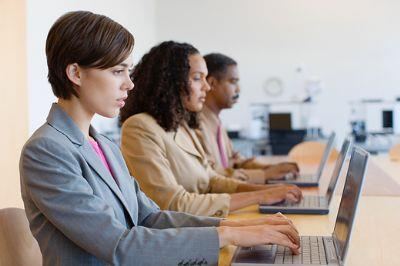 Associations representing small and medium sized companies are demanding that the government force banks to extend them credit lines.

The move comes as banks are once again tightening up their criteria to whom they lend to and whom they reject.

According to the Bank of Portugal, the banks restricted credit in the last quarter of 2008 despite government assurances worth 20 billion euros and will continue to do so in the first quarter of 2009.

The action of Portugal’s national banks flies in the face of a European Central Bank report which suggests that Portugal can afford to relax credit concession restrictions this year.

When questioned as to the perspectives and outlook for the current quarter, the five main national banks were pessimistic and stated they would increase their restrictions over loan concessions even though the number of bank loans from small and medium sized companies was liable to remain the same.

Despite understanding that the banks themselves had been having difficulties in getting credit on the international money markets, some associations accused the banking sector of being more interested in solving their own internal balance and liquidity problems than easing the problems being felt by the country’s companies and the economy as a whole.

“It’s incredible to say this, but it seems we have a (banking) sector that is bent on killing the chicken that lays the golden eggs which are our small and medium sized companies,” said Paulo Vaz, Director-General of the Portuguese Textile Association.

José António Barros, the president of the Portuguese Business Association, said the Bank of Portugal’s report only confirmed what its members had been stating all along about difficulties in obtaining credit from the private banking sector.

“More serious is the fact that the banks themselves are relaying the message that they’re planning to continue restricting credit lines to companies in the next quarter, especially with regards to medium and long term credit,” he said.

Paulo Mendes of the Commercial and Industrial Association echoed the sentiments by saying “companies are facing an increase in their spreads (the costs of credit in interest rates and loan times granted by banks).

“The banks are much more interested in maintaining their profitability than understanding the difficulties they are imposing on smaller companies,” he said.