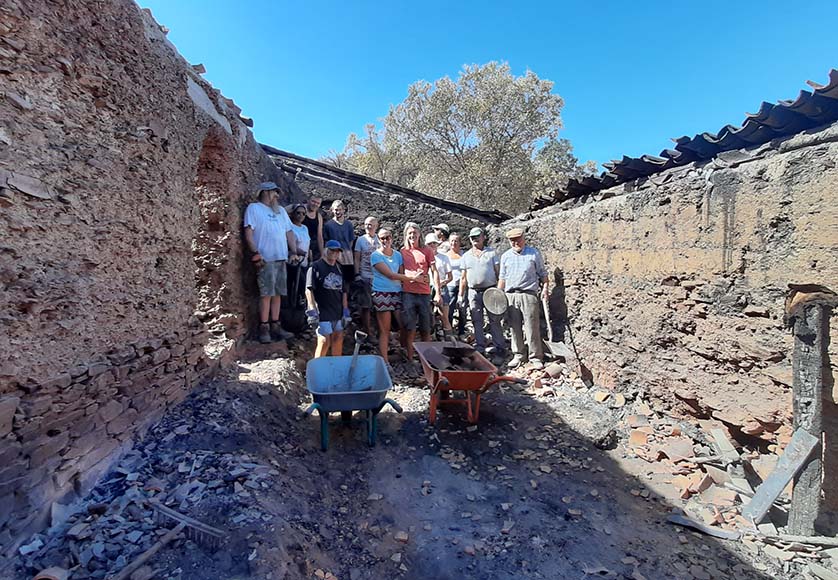 Sixteen people – from friends and neighbours to the president of São Marcos da Serra parish council – turned up to São Martinho in Silves to help Dorine Rijnhart and Bart Hin clear out the remaining debris from the fire that destroyed their home last week.

Despite the shock and horror of losing their home, the Dutch couple feel “blessed” by how the local community has banded together to help them.

“We had people of all nationalities helping out – Dutch, American, British, Portuguese. It was a really interesting mix, and we are so grateful to everyone who has been supporting us,” Dorine told the Resident.

Among them was Luís Cabrita, president of the São Marcos da Serra parish council, who brought along four parish council workers as well as machinery to help clear out the debris from the house. 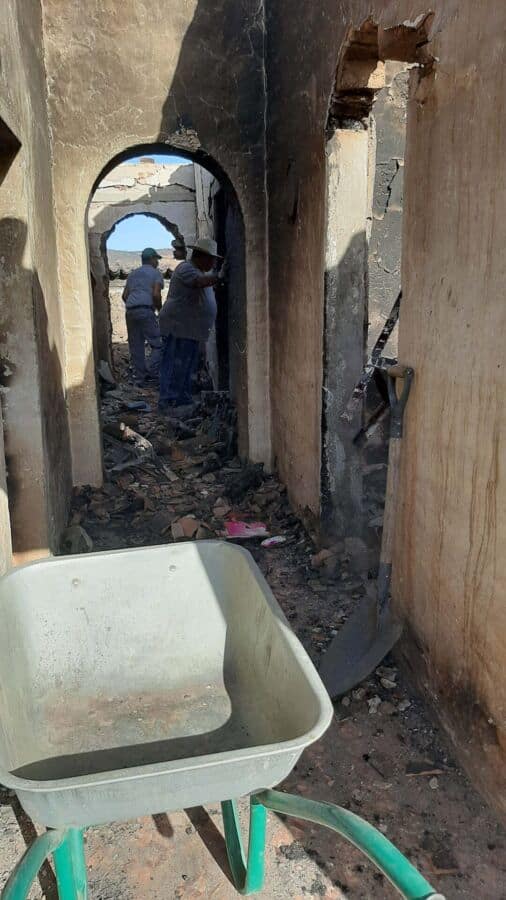 Although the couple had already accepted that they had “lost it all,” an amazing and emotional discovery was made during the clear-up works.

“We found some items from my father and my grandfather, including a smoking pipe which was almost intact,” Dorine said, adding that a friend has already offered to restore it.

Meanwhile, donations continue to be sorely needed. Friends have already set up a PayPal fundraiser (givethemachance20@gmail.com) to help the couple get back on their feet, as well as a crowdfunding page for those who speak or can understand Dutch (search for ‘Hulp voor Dorine Rijnhart’ at www.doneeractie.nl). 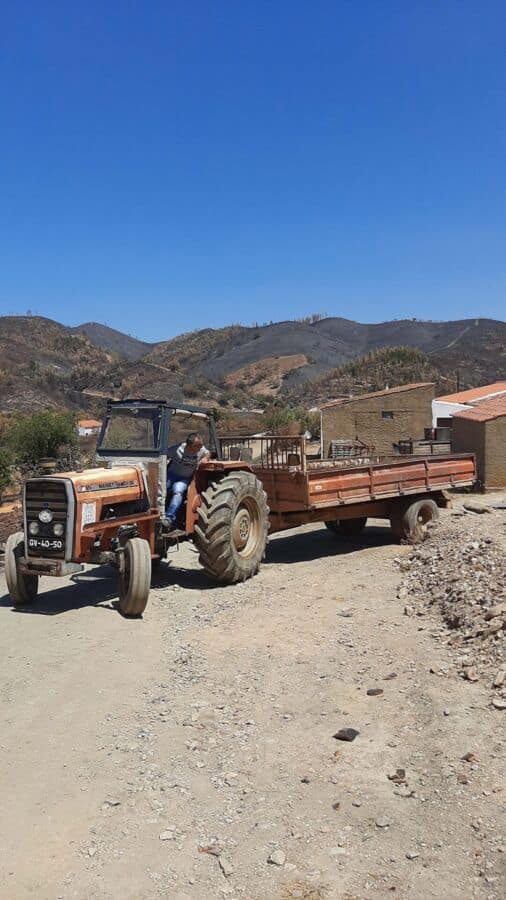 Not only has their home been destroyed, but Dorine – a dog trainer with over 17 years of experience specialising in reactive behaviour who also helps out several animal associations in the Algarve – has been left unable to continue her dog training lessons.

When asked whether they plan to rebuild their house, Dorine replied that they are still unsure.

“We are trying to get an appointment with Rosa Palma (mayor of Silves) to discuss what kind of support and funding is available for us,” she said.

Speaking to Lusa news agency after the fire, the mayor vowed that the local council would aid the reconstruction of any house affected by the fire.

Authorities estimate that around 1,500 hectares of land were destroyed in the fire, which broke out shortly after 1pm on Monday, July 24 in Fica Bem (São Marcos da Serra, Silves) before being brought under control at around 9am the next day.