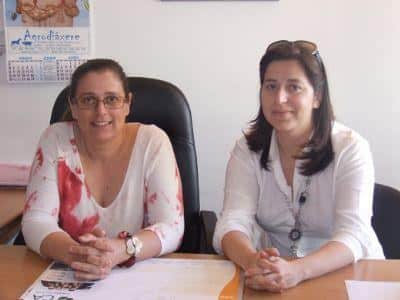 A new animal welfare association in Portimão, which has already vaccinated, sterilised and re-homed scores of animals since it started in August last year, is looking for volunteers.

ADAP, Associação de Defesa dos Animais de Portimão, the association for the defence of Portimão’s animals, was formed when a group of local residents met through animal themed internet forums and chat sites.

Portimão-based lawyer and President of ADAP Teresa Sampaio told the Algarve Resident: “We realised that we all worked individually to help abandoned animals near our homes, so we decided to join forces and set up ADAP.”

She added that, together ,the group, which now has more than 100 members, could achieve greater goals, instead of acting alone.

ADAP’s members work with the municipal kennel, which collects abandoned animals from the streets and by law should put them down if they are not claimed within eight days. “We have a gentlemen’s agreement with the municipal vet who allows us to collect unwanted animals and care for them,” said Teresa. “Once in our care, we vaccinate, de-parasite and sterilise the animals before they are ready for adoption.”

Although ADAP is looking for its own premises, it has a system of temporary foster carers, volunteers who look after  animals while they are receiving treatment and until they are adopted. “We have a number of short and long term goals for ADAP, which includes working together with schools to educate children about animal welfare, which we have already started,” said Teresa.

She added: “Our dream for the future is to tackle the problem of the large number of abandoned dogs near Portimão’s fishing port with the co-operation of both Lagoa and Portimão council.”

ADAP also works closely with vets across the council, offering an animal blood donor service. “Once an animal we care for is clean and healthy, they may be used to donate blood to another animal that is undergoing an emergency procedure or operation at the vets. This means the animals are helping others and the owners of the pets that receive blood often become members of ADAP,” said Teresa.

As a newly-founded association, ADAP welcomes donations to help with the cost of veterinary care, one of their greatest expenses, as well as unwanted blankets, pet beds, collars, leads and other pet accessories, food and animal and human medicines.

For more information about ADAP or to become a member or volunteer, please telephone 282 412 883 or email animaisdeportimao@gmail.com . Alternatively, visit their site, available in Portuguese only, at www.animaisdeportimao.blogspot.com to see photos and details of the animals that are up for adoption.