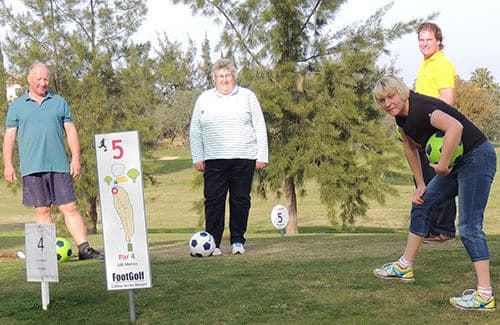 Algarve Civil Governor Isilda Gomes met recently with members of the foreign community to discuss ways to tackle crime and enhance security in the Algarve.

Those attending were David Thomas, an Algarve resident with some 35 years international policing experience in Hong Kong, INTERPOL and the UNODC, Michael Reeve, CEO of afpop, the largest foreign residents’ association in Portugal, and Coronel Francisco Matos Sousa, Comandante do Comando Territorial de Faro da GNR, responsible for the GNR policing throughout the Algarve region.

During the meeting, the Civil Governor and Coronel Francisco Matos Sousa explained current initiatives to combat crime which had seen a reduction during 2010.

The GNR chief stated that the recently introduced Secure Residents Scheme (SRS) was bringing the police and the community closer together, but it would take some time to develop this to its full potential.

It was agreed that there was a need for all sectors to work closely together, especially in dealing with emergency responses to incidents to ensure efficiency and effectiveness and avoid duplication. The meeting also discussed ways in which crime prevention could be enhanced.

The Civil Governor emphasised the value of community engagement with the police in helping to reduce crime. She was encouraged by the interest and action shown by members of the foreign community in helping the authorities during the last year.

David Thomas felt the meeting had been very positive and was pleased that some of the initiatives that he proposed a year ago in a Community Policing Strategy to the Civil Governor had been acted upon.

Clearly the SRS had been successful and, as a result, an Algarve Secure Residents Group has been formed comprising representatives of the villages participating in the scheme to further help the police and provide help to villagers.

“It is important to understand that the nature of crime, the policing response and legal systems vary between countries. The local police are aware that there are cultural issues involved in dealing with different communities and visitors which still needed to be addressed. Although some of this will take time, I am confident this will be achieved. It is important that the foreign community is aware of measures being taken and how they can help police. This will undoubtedly lead to further improvements in the police service.”

He added that the good work of the GNR sometimes went unnoticed, although “any apparent shortcomings were often highlighted in the media”.

He was pleased that Col Francisco Matos Sousa had offered further meetings to take these initiatives further forward.

Michael Reeve, who on behalf of afpop was instrumental in establishing the connection with the Civil Governor on this subject, reaffirmed the association’s commitment to assisting her and the police service in whatever way necessary; from providing translations of documents and leaflets into other languages, to publicising information provided by the GNR or other police services to the foreign community.

Coronel Matos Sousa was also very pleased to accept Michael Reeve’s offer to include the police services at appropriate afpop events throughout the year, in order to help establish and improve understanding between the service and the foreign resident communities.

Civil Governor Isilda Gomes concluded that the meeting had been very constructive in forming a basis for further cooperation with the foreign community in helping to combat crime in the region.

If you have questions regarding this article, security and crime prevention in the Algarve, please contact David Thomas through either the Algarve Resident or by email at d1950.thomas@gmail.com