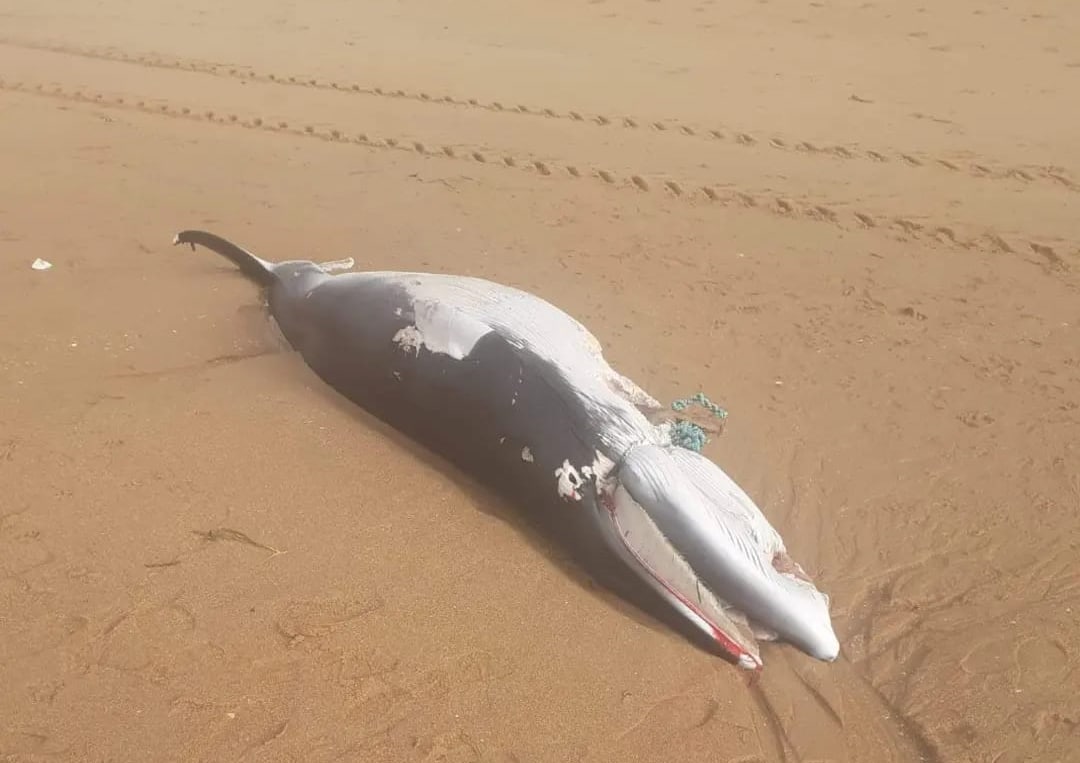 The carcass of a juvenile common minke whale washed up at Praia dos Alemães in Albufeira on Monday, March 21, the Algarve Stranding Network (RAAlg) announced on its Facebook page.

It is the first reported common minke whale to wash up along the Algarve coast this year, the network added.

The whale was found with a rope “strangling its lower jaw, which indicates it may have had a recent interaction with a fishing net.”

Plastic bags were also found inside its stomach, which “could have been a problem if the animal had not died this way,” RAAlg added.

According to RAAlg, accidental captures and maritime rubbish are among the two most relevant anthropogenic (originating in human activity) factors related to the death of cetaceans around the world, the first being the main factor.

In 2021, RAAlg launched a website to encourage people to report dead beached animals, such as dolphins, whales and sea turtles.