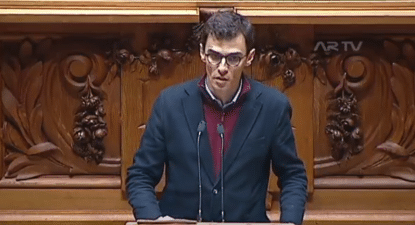 Parliament has today approved the scrutiny of governments stretching back to 2004. The reason: to determine “the dimension of payments realised and still to realise” regarding CMECs – the controversial subsidies which came into effect during the Sócrates years.

Since then – and up until 2017 – they have cost consumers €2.5 billion, reports ECO online, adding that “in September last year, (electricity regulatory body) ERSE proposed EDP should receive a further €829 million for the next 10 years”.

This is in fact 167.1 million less, per year, than EDP has received throughout the last decade.

The push for scrutiny in the form of a commission came from Left Bloc MP Jorge Costa who justified the recent press furore over allegations centering on former economy minister (under José Sócrates) Manuel Pinho (click here).

Costa stressed scrutiny is an “old necessity” – not simply because CMEC payments have been (and continue to be) excessive, but because of the allegations regarding Pinho having been ‘paid for favourable decisions’ benefitting, among others, EDP.

Costa’s initiative was supported by all parties.

The commission will run for four months and is expected to look over the decisions made by the governments of Santana Lopes PSD government, Sócrates (PS), Passos Coelho (PSD) and António Costa.

The CMEC regime was established by the Santana Lopes government “to compensate energy producers” for the business lost in the liberalisation of the market. The regime only came into being in 2007 when Manuel Pinho was minister of the economy.

At the time, António Mexia was EDP’s executive president.

ECO online stresses that when the CMEC regime was established, Mexia was minister of Public Works.

Photo: Bloco de Esquerda’s Jorge Costa who proposed the idea for a commission