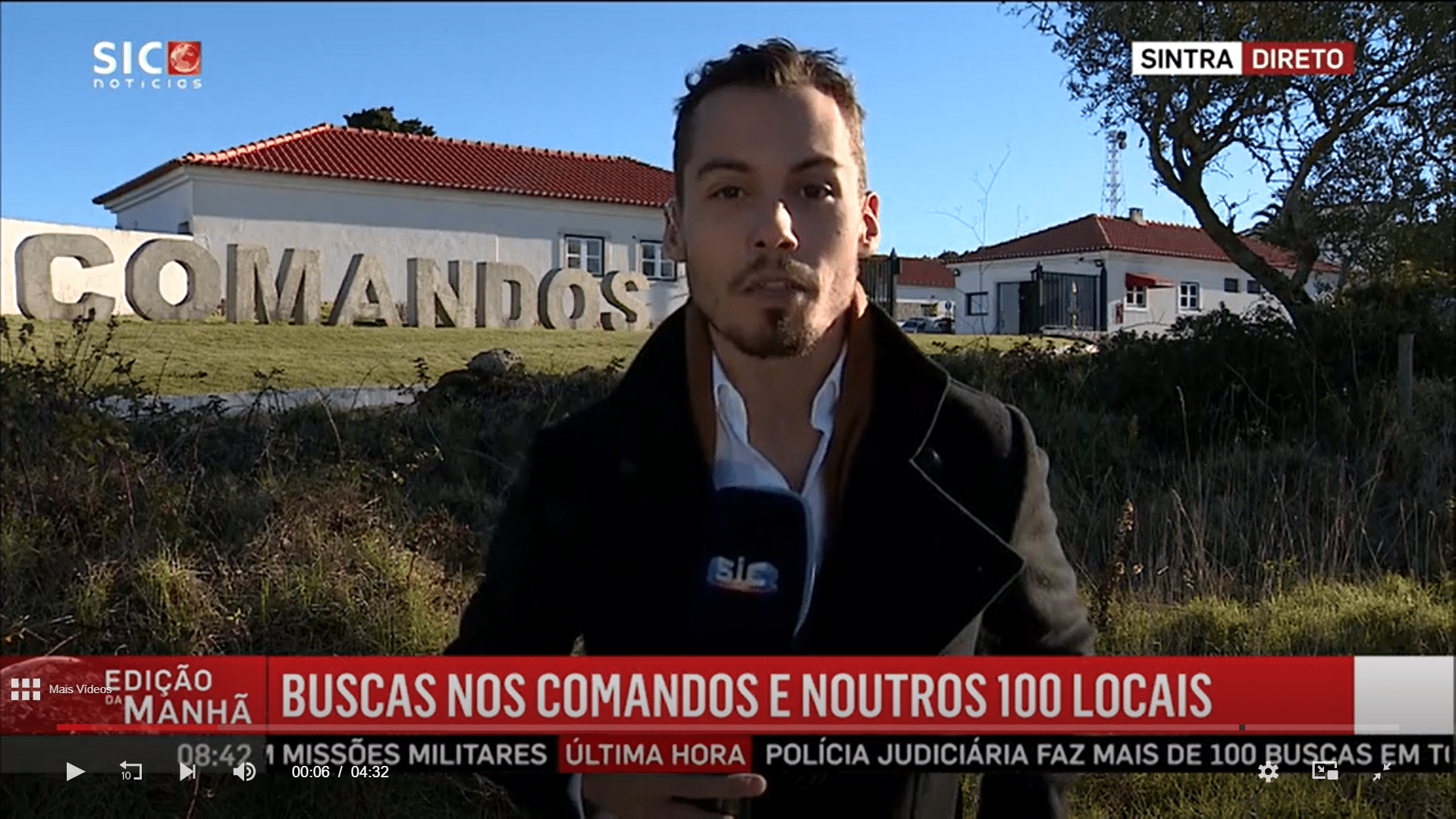 PJ police have today arrested an unspecfied number of Portuguese Commandos, and former Commados, suspected of being involved in a criminal organisation while on United Nations mission in the Central African Republic.

This extraordinary story is still unfolding.

Over 100 searches have been taking place in Lisbon, Porto, Bragança and Vila Real while authorities are also described as “investigating a complex web of money-laundering” via the purchase of bitcoins and crypto-currency.

What seems to be emerging is that certain members of the elite Commando force appear to have been trafficking diamonds, gold, even drugs, under the cover of official peacekeeping missions.

The contraband will have been loaded onto military planes “the cargo of which is never checked”, explains TVI24.

The diamonds particularly appear to have been later transported by road from whichever destinations they ended up in Portugal to places like Antwerp and Brussels where “they were sold for millionaire prices”.

These details are all coming out in a frantic gush this morning, with TVI even suggesting that members of the PSP and GNR police forces could be involved.

Roughly 200 PJ inspectors have been employed in the searches, with the investigation in the hands of the force’s national unit for the combat of corruption.

TIC (Lisbon criminal court) judge Carlos Alexandre is part of the operation, with other judges in tow.

One of the sites searched early this morning was the Commando barracks in Carregueira, Sintra, say reports, adding that this trafficking operation is believed to have been running “for years”.

“The racket has been based above all on the profit from so-called blood diamonds”, says TVI, referring to diamonds extracted from “a country in constant armed and bloody conflict with thousands of deaths so far, where what is also at stake is control of the mines”.

None of this has been ‘proven’ yet. But it is massively galling that Portugal has been a key force in UN peacekeeping operations, and now looks as if its military may have been benefitting from this ‘good boy’ guise to feather multiple nests.

For now Augusto Santos Silva, Portugal’s minister for Foreign Affairs, has done his best to stress the lack of hard and fast ‘evidence’. He has even gone so far as to say the developments this morning have not affected Portugal’s international reputation.

But EMGFA (the Armed Forces central command) has issued a communiqué saying the “possible involvement of Portuguese military in the trafficking of diamonds” was reported to the Commander of the FND (the 6th national detached force carrying out UN missions) in December 2019.

In other words, for it to have taken almost two years for today’s searches implies evidence may well exist – and that the government will almost certainly be aware of it.

According to the EMGFA statement, the situation was “promptly” reported and immediately passed to the military branch of the PJ for further investigation when it was flagged in 2019.

Around 10 commandos are believed to have been arrested this morning, but there is every chance that this number will be increased.

The men are believed to be on their way to PJ headquarters in Lisbon where they are expected to remain in preventive custody overnight before questioning by a judge.