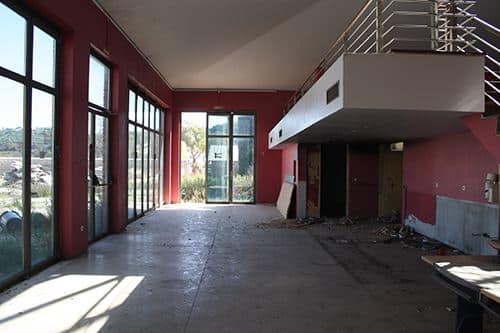 A full-length comedy feature film by The New Generation Film Foundation is being made in the Algarve – but helpers and investors are needed to get the project off the ground.

The Right Juice, written by Algarve resident David Butler-Cole, is described as a typical Algarve tale about a disgraced young English banker who wants to start an orange plantation in the Algarve but sees his past catching up with him when he strikes oil.

The film, which is being directed by Kristjan Knige and produced by long-standing Algarve resident BJ Boulter, aims to encompass all the region has to offer, its locations, the sunlight and its people and is being funded by individuals and businesses from the Algarve.

Filming is expected to start in September, but more investors are still needed.

Algarve resident Jenny Grainer, who is helping with the film publicity, told the Algarve Resident: “We are looking for angels, but not the type with a halo and white fluffy wings! We need the adventurous, entrepreneurial sort, the ones who take a risk on investing in something brand new and shining with hope.”

Screenplay writer David Butler-Cole is well known for having directed two major productions in the Algarve, Oh, What a Lovely War! and ‘Allo! ‘Allo! , while film producer BJ Boulter has spent most of her adult life living in the Algarve since moving here with her parents in 1962 and has been producing and art directing TV commercials and other films with international crews all over Portugal.

Kristjan Knige grew up in the Algarve but now lives in Amsterdam, where he works in the film industry. He told the Algarve Resident: “The Right Juice is the perfect opportunity to do what I love in the place that I love – filming in the Algarve.”

The plot line for The Right Juice will be centred round an English banker who comes to live in a little property in the Algarve to run away from his past.

He wants to become an orange farmer but finds out that there is no water in the valley. His quest to find water leads him to the discovery of a massive development being planned which will ruin the valley.

When he drills for water on his land, he strikes oil. Suddenly the stakes are raised and Oliver finds himself fighting not only the elements, but moneyed developers out to get the oil and destroy the valley.

Producers say every character portrayed in The Right Juice will be recognised by its local audiences.

“It will have a mixture of all the characters we meet on a daily basis living, working and holidaying right here among us,” said Jenny Grainer.

If you think you can help in the making of The Right Juice, producers would like to hear from you.

Jenny explained: “We need people who can help us in numerous ways. Maybe you have a fabulous luxury villa with a glorious swimming pool for the party scene or, equally important, a rundown country cottage. Anything from supplying snacks for the film crew to accommodation for actors and workers is needed.”

Filmmakers The New Generation Film Foundation already have the support of the Algarve Film Commission and some local businesses.

If you would like to be involved in the project, please visit www.therightjuice.net for more information.
1″>news