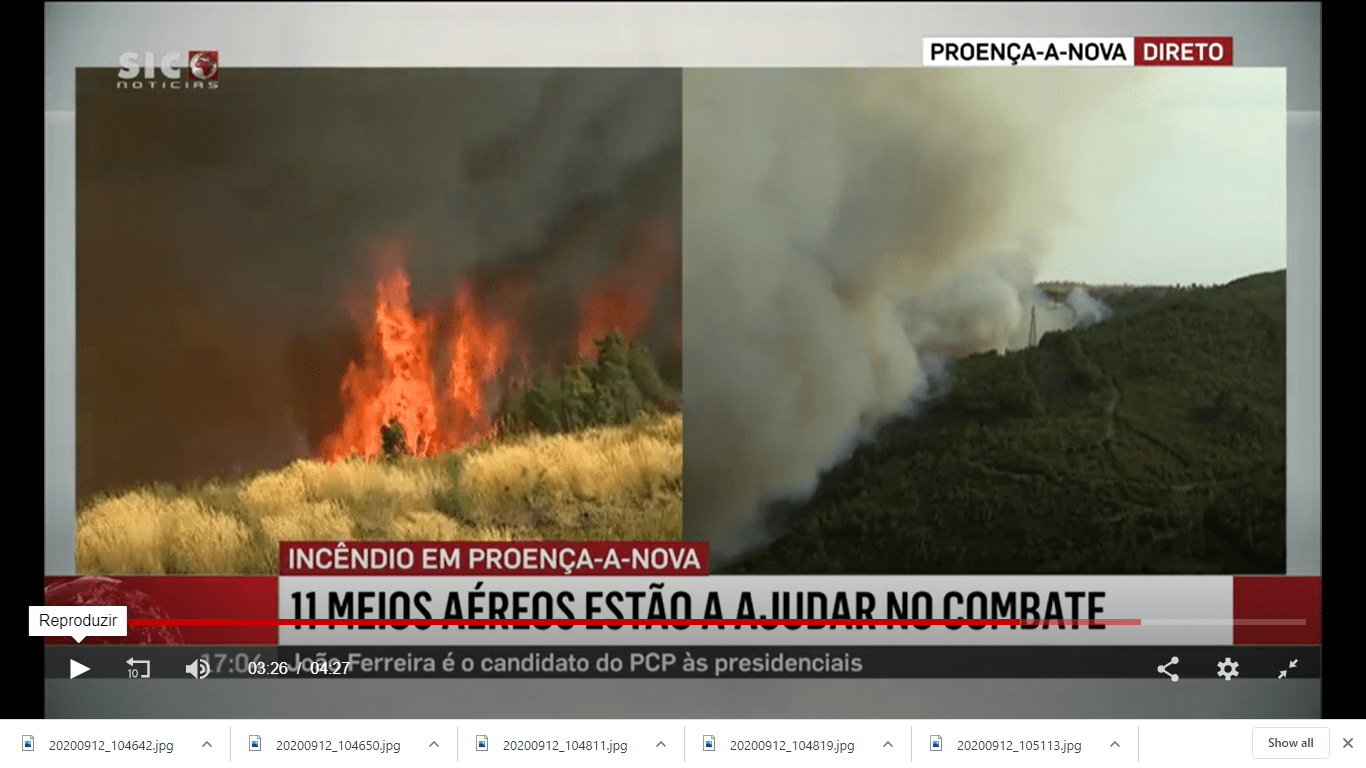 Today’s monster fire now straddling three boroughs in the interior near Proença-a-Nova/ Castelo Branco/ Oleiros has been described as “totally impossible” to tackle due to high winds (see updates below).

This is the country’s largest fire in a weekend that did not augur well due to stifling temperatures and low humidity.

Temperatures now are dropping and the forecast for next week includes rain.

The areas hit by the fire that began with ‘great force’ early in the afternoon are parts of the country that have already been ablaze in July.

For the time being, houses and communities have been spared.

The fire is still raging with one major front in Oleiros which has prompted firefighters and Civil Protection to remove 23 people from villages and communities now thought to be at risk.

Currently over 800 firefighters are on the ground. Roads have been affected. Air support is up to 13. Appliances at work are up to 271.

MONDAY EVENING: blaze still raging… firefighters have been increased to roughly 1000. At times today there were up to 16 water-bombing planes and helicopters at work but the main ‘front’ is simply burning to intensely. No villages are at risk this evening and the situation is ‘calmer’ if not yet under control.

TUESDAY MORNING: Situation vastly improved. 90% of active front ‘dominated’. Prognosis is positive as weather conditions too now are helping. Says operational fire chief Luís Belo Costa: “Work is going well. I would say the situation is very favourable. We cannot say yet the fire is dominated because we still have some small hot-spots that need attention and dedicated work”. It will be an ‘intense’ day from the point of view of work, but things are looking positive.

TUESDAY LATE AFTERNOON: Unfortunately, the situation has worsened. Strong winds have helped whip up new fronts. High temperatures have not helped. 21 people have received injuries, 11 of which have had to be treated in hospital. Villages in panic, say reports, as flames appear to be ‘out of control’. Communities near Oleiros particularly concerned.