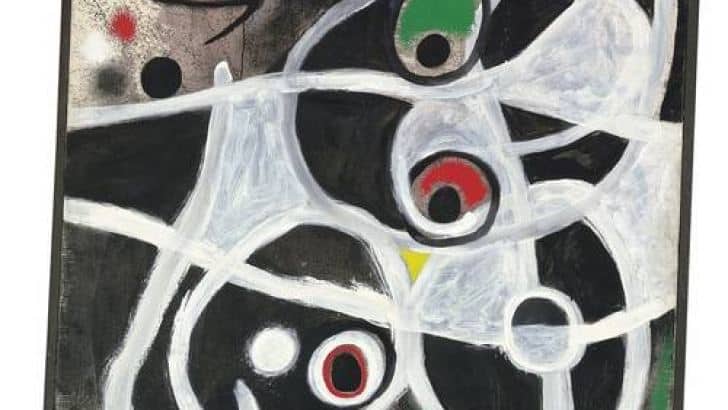 Saved from the auctioneer’s hammer during the crisis years, Portugal’s impressive collection of 85 works by Spanish abstract artist Joan Miró have gone on show for the first time in Italy in what minister for culture Luís Filipe Castro Mendes calls an “act of internationalisation”.

Joan Miró: Materialism and Metamorphosis is showing at the Bano Foundation in Padua.

The collection passed to the State following the BPN banking collapse.

In 2014, the centre-right government under former prime minister Pedro Passos Coelho set out to sell the works through Christie’s auction house in London, despite the fact that everything pointed to the State making a catastrophic loss on the values originally paid for the 83 paintings and two sculptures.

An outpouring of public condemnation however highlighted legal issues in the proposed sale, and Christie’s opted to cancel the auction until ‘things became a bit clearer’ (click here).

The change of government and attitudes saw the contract signed with Christie’s for the sale officially cancelled in March last year.